The Future of Monster Movies Looks A Lot Like Its Past 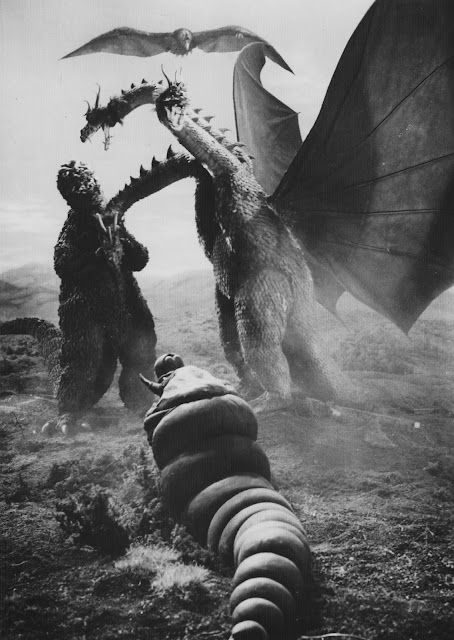 The film industry has been churning out creature features for as long as its been around. There’s something about a monster tearing through downtown Manhattan that packs people into theaters, transcending decades and generations. The filmgoers of 1933’s King Kong got the same pleasure from that movie as the people who caught Pacific Rim on opening weekend, with the only difference being the massive leaps in CGI and special effects. There’s a visceral appeal to seeing humanity’s pride get toppled by that rare creature above us on the food chain, and in a nutshell, that is what we get out of the genre.

What’s perhaps most interesting about all this is the fact that amidst all the growth and change of Hollywood, monster movies have largely remained the same spanning a 50 plus year tradition. The story behind the original King Kong: Humanity’s own hubris leads to their downfall at the hands of a monster they can neither control nor understand. Every installment in both the Japanese and American Godzilla films paints a similar picture, as well as just about every modern monster flick we’ve seen over the last decade.

Nowhere is this most evident than with the plans Warner currently has for the King Kong and Godzilla franchises. We’ve talked briefly in the past about the plans for the former, but since then, an even more ambitious undertaking has been proposed. Yes, King Kong: Skull Island is still happening, acting as the prequel for our favorite giant ape. Meanwhile Godzilla is getting a sequel, following a successful reboot effort that made over half a billion dollars. All this will culminate in the massive King Kong vs. Godzilla, acting as a sort of Avengers equivalent for movie monsters.