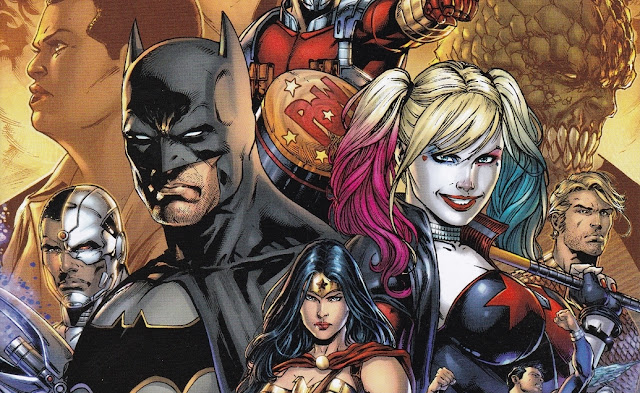 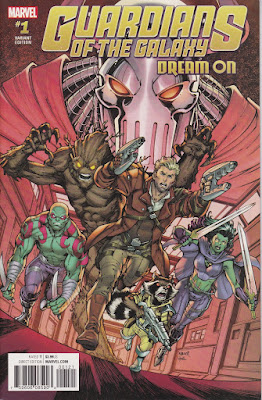 Written by Marc Sumerak. Art by Andrea Di Vito. Rare Variant Cover Edition. THE GUARDIANS ARE DONE GUARDING THE GALAXY, YES? When one of the galaxy's greatest bounty hunters targets the Guardians of the Galaxy, it's lights out for STAR-LORD, GAMORA, DRAX, ROCKET and GROOT! But if DEATH'S HEAD can make their dreams come true, will the Guardians fight back, or go along with his crazy plan? They might…especially if it leads to the destruction of THANOS once and for all! Also included - a special presentation of GUARDIANS OF THE GALAXY (1990) #1, featuring the first appearance of Taserface! 44 pages, full color. Rated T. 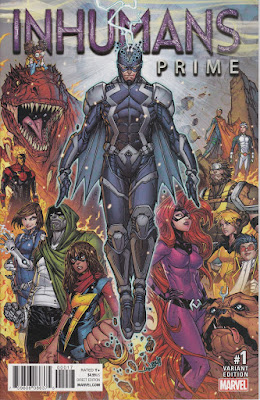 Written by Al Ewing. Art by Ryan Sook. Cover by Jonboy Meyers. RESURRXION BEGINS HERE! In the wake of the awesome events of IVX - what will become of the Inhumans? In this oversized special issue - the trial of Maximus! The coming of Marvel Boy! And what is the dark secret of Black Bolt? A special bridging issue between the past of the Inhumans and their future - on Earth and in the stars! 36 pages, full color. Rated T+ 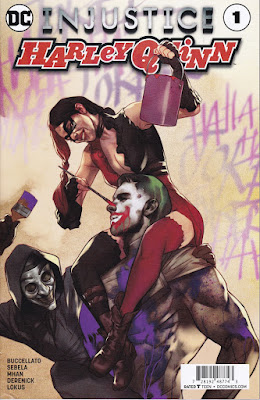 Written by Christopher Sebela. Art by Pop Mhan and Tom Derenick. Cover by Ben Oliver. Don't miss the start of this new series bridging the gap between the recently concluded INJUSTICE digital first series and the upcoming Injustice 2 game! The story of the first INJUSTICE: GODS AMONG US videogame is told in comic book format for the first time, but from the skewed perspective of Harley Quinn. As heroes from the parallel Earth arrive to tip the balance against Superman's regime, Harley's determined to cause her own brand of mayhem with her newly formed Joker Clan! 28 pages, full color. Rated T 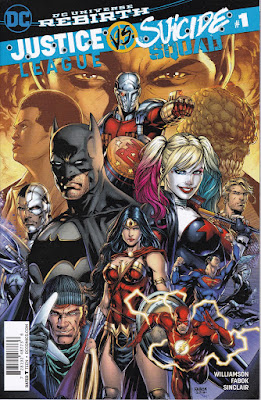 Justice League vs. Suicide Squad: Part 1 of 12 - Written by Joshua Williamson. Art and Cover by Jason Fabok. The first major event storyline of DC's Rebirth era begins with a day Amanda Waller always knew would come: the Justice League discovers the existence of the Suicide Squad! This government-sponsored black-ops team of super-villains with bombs implanted in their brains is obviously a deal-breaker for Earth's paragons of truth and justice! But you can bet that the Wall and her Task Force X won't go down without the fight to end all fights as this weekly series gets underway! 40 pages, full color. Rated T 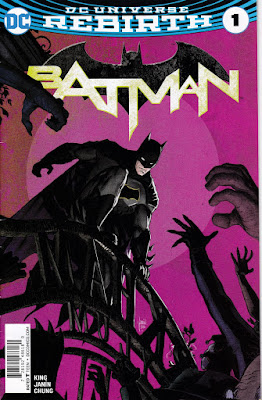 DC Universe Rebirth - I Am Suicide: Part 1 of 5 - Written by Tom King. Art and Cover by Mikel Janin. Batman has always been crazy…but this? This is suicide! In order to retrieve Psycho-Pirate and save Gotham Girl, Batman must recruit a team from Amanda Waller to break into the most impenetrable prison in the world and steal from one of the Dark Knight's greatest foes…Bane. The next great Batman story begins here! 32 pages, full color. Rated T 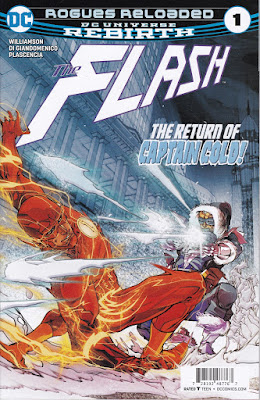 Written by Joshua Williamson. Art and Cover by Carmine Di Giandomenico. 'ROGUES RELOADED' part one! Central City is quiet…a little too quiet. Which means one thing: the Rogues are up to something, and only The Flash can stop them! But first Barry Allen needs to track down his classic cadre of villains, who've vanished in advance of their greatest plan ever. Plus, artist extraordinaire Carmine Di Giadomenico returns! 32 pages, full color. Rated T 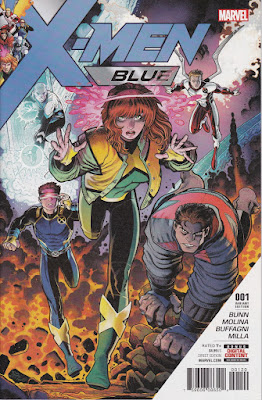 Written by Cullen Bunn. Art by Jorge Molina and Matteo Buffagni. Cover by Arthur Adams. THE ORIGINALS! Join MARVEL GIRL, CYCLOPS, BEAST, ICEMAN and ANGEL as they reclaim the title of X-MEN. After the world-shaking events of IVX, the original five X-Men are here to bring mutant criminals to justice and restore a heroic sheen to their team. But with a new leader in JEAN GREY and a new mentor in their 'arch-frenemy' MAGNETO, will old rivalries and new conflicts tear these heroes apart? Rated T+

For more comics like these visit our new store on Bonanaza!