Godzilla: King of the Monsters has been screened and the fans are going crazy! 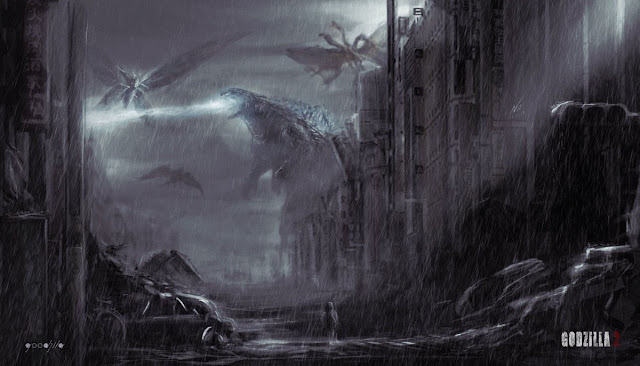 Last night saw Warner Bros. test screen a secret film, which turned out to be Godzilla 2 (not Aquaman).

Following the report from back in March which said Godzilla: King of Monsters was really great, now someone who went to the Godzilla 2 test screening says it's awesome.

A Redditor saw Godzilla 2 and said fans won't be disappointed and that it has awesome scenes.

"You won't be disappointed," user aemon123 said offering that fans will be "far more" satisfied with the monster action this time around.

The Reddit user didn't want to spoil things in the movie related to the final battle involving Godzilla, Mothra, Rodan and King Ghidorah, as well as if there is any Godzilla vs. King Kong set-up, but noted there are plot tie-ins with Kong: Skull Island.

The person also claimed "there are some awesome moments" when questioned about crowd-pleasing scenes in the flick.

As Godzilla 2 features a lot of monsters, how are the fight scenes?

"All the fight scenes were previs and yet, they were still spectacular. I imagine the final quality will be even better," it was said.

Likewise, the characters in the film are said to be definitely "more interesting" and that "it will probably be the best Godzilla film, tbh."

The Godzilla 2 test screening was also said to be filled with "nothing but great reactions."

The Reddit user echoes sentiments from back in March, which mentioned Mothra, Kong: Skull Island, Millie Bobby Brown and more.

"Acting and cinematography are really nice and even though the effects were not finished and some not even half-finished it looked really great," said a test screener. "I think you are going to like how much of the other creatures you are going to see in this movie [especially Godzilla]. For what I saw I'm very pleased and can honestly say it will probably be the most original from this universe and loved every single casting."

The new story follows the heroic efforts of the crypto-zoological agency Monarch as its members face off against a battery of god-sized monsters, including the mighty Godzilla, who collides with Mothra, Rodan, and his ultimate nemesis, the three-headed King Ghidorah. When these ancient super-species — thought to be mere myths — rise again, they all vie for supremacy, leaving humanity’s very existence hanging in the balance.”