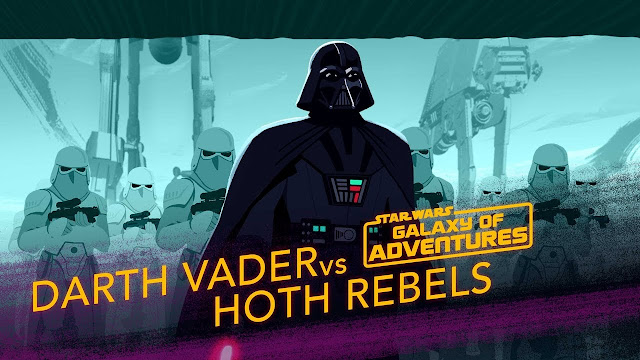 These scenes should have been in The Empire Strikes Back!

Darth Vader is scarier than he used to be. While he’s always been intimidating, knowing that he was once a little kid who built C-3PO hurt his threat factor. For a while. Rogue One, arguably, changed that, melding the prequel and original trilogy versions of Darth Vader into a Force-powered walking tank of terror.

The latest Galaxy of Adventures short brings that Vader to Hoth. This is not the Darth who just calmly waits for doors to open, who marches through the Rebel Base while his Stormtroopers do all the dirty work.

No, this Vader is much more dangerous than that. This is the Darth Vader I like to imagine, the one who you know by reputation in the original trilogy but don’t really get to see in action. The force (heh) of nature, knocking down your door and cutting you down.