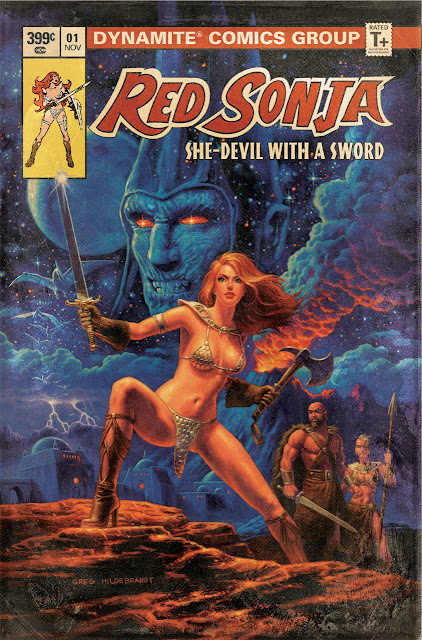 Dynamite is proud to announce the latest instant classic, fully painted comic book cover from legendary artist Greg Hildebrandt. His latest masterpiece uses Red Sonja to pay homage to his world-famous "Star Wars" poster from over 40 years ago. And it's available right now on Kickstarter!

“I was honored to work with Nicky and the Dynamite team on this Kickstarter campaign," said artist Greg Hildebrandt. "When they told me it was Red Sonja and explained what they wanted, I really got into the project. It’s fun for me to paint a badass woman with a sword. Then seeing the final product and what they are doing with the various covers made it a complete package for the fans. My fans and Red Sonja’s fans! Hope you enjoy the art.”

Often working alongside his twin brother Tim as the "Brothers Hildebrandt," Greg has always had close ties to comics. After building a strong reputation with works like their cherished Lord of the Rings calendar artwork, their painting appeared on the cover or inside such early boundary-pushing comics magazines as Heavy Metal and Epic Illustrated. In the 1990s the pair, jointly and separately, rose to the top of the industry with their in-demand cover art. An entire generation of fans connected with their work through the popular 1994 Marvel Masterpieces trading cards.

Almost every single person familiar with popular culture can recognize one major piece from the Hildebrandts. Commissioned to paint a new theatrical poster for the original Star Wars film's 1977 UK release, the twins finished it up in a tight 36-hour window. The image played a crucial role in one of the defining fandoms of the 20th century and beyond, and today the She-Devil with a Sword finds herself in those same footprints.

To complete this classic 1977 extravaganza, the cover will be gracing a reprint of the original Red Sonja #1 from that same year. Definitive artist of the era Frank Thorne beautifully illustrates "The Blood of the Unicorn.," written by Roy Thomas, Clair Noto and Ed Summer. This touching story shows both the ferocity and compassion of Dynamite's sword-swinging queen. To fully capture that 70s feel, a special retro cover variant will only be available in the first 48 hours of the campaign.

The limited-edition comic variant is available in multiple variations on the Kickstarter campaign. In addition to the retro version, fans can get a standard edition of the comic with modern trade dress, as a "virgin" version without any logos, or a black and white line art edition. All options are available signed by Hildebrandt or preserved and graded by CGC Comics. Combo packs for all covers, all signed covers, or all graded covers come with a bonus fourth cover only available this way! Hildebrandt will also be adding one-of-a-kind sketch remarks to a limited number of covers, a truly one of a kind opportunity. Add-ons include a high-quality lithograph print of the painting as well as the book The Tolkien Years of the Brothers Hildebrandt, authored by Greg Hildebrandt Jr. 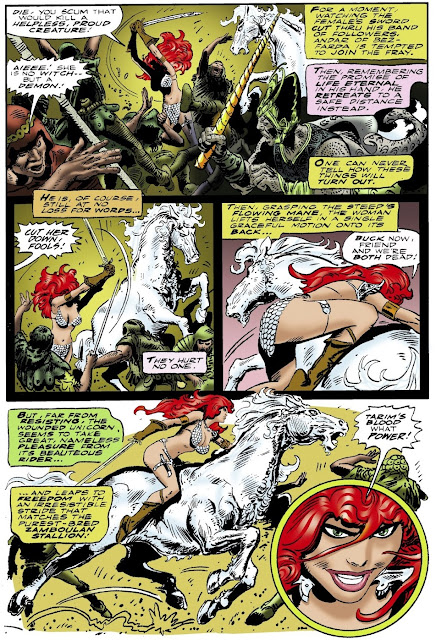 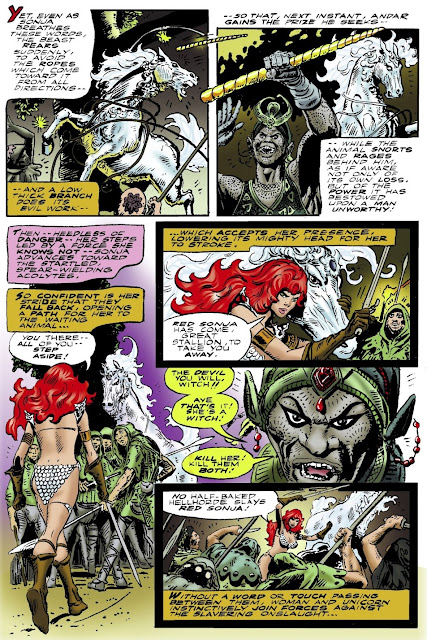 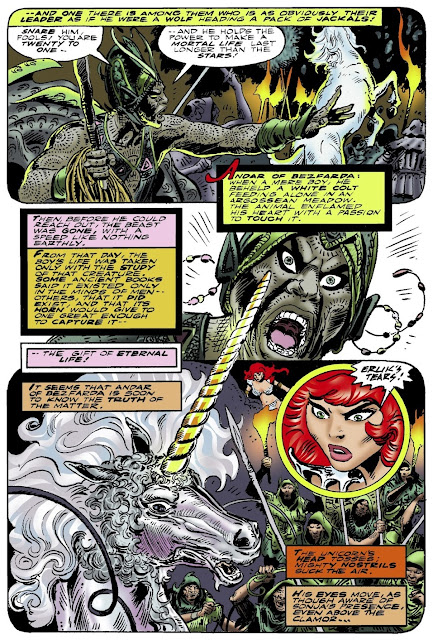