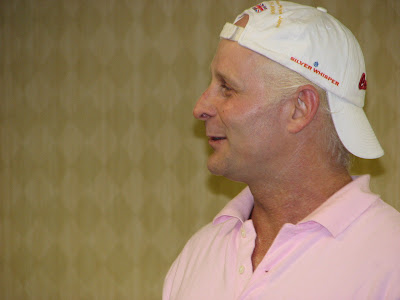 Robert Scott Field, our favorite android M-11 from Godzilla vs. King Ghidorah (1991) will be returning for his tenth consecutive G-FEST this summer at G-FEST XVI in Chicago. G-FEST XVI will be held July 3-5. 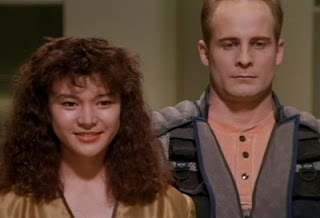 Scott (as we call him) will be doing his usual double-duties as a celebrity guest and as Japanese translator for our special guest, Kenji Sahara.

G-FEST XVI will be held at the Crowne Plaza O'Hare with movie screenings to be held at the Pickwick Theater. The movie line-up is still being formulated at this time. As soon as they are finalized, an announcement will be made.

Films at the Pickwick Theater are $7.00 at the box office and cannot be pre-ordered. Room charges and parking are the responsibility of the attendees. (Parking for G-FEST attendees is $10.00 per 24-hour period.)

The hotel is 1.5 miles from the Chicago O’Hare Airport and offers to/from complimentary shuttle service. The train station to the City of Chicago is within walking distance.

Book your room anytime before June 16th, 2009 for the special G-FEST rate: Up to four person occupancy for $99.00 per night. Call the hotel directly at (888) 642-7344 and use the G-FEST ID code: GF9. Reservations can also be made on-line. Go to the Hotel’s reservation page. Enter your Check-In/Check-Out Dates, Number of Rooms and Guests, and click “Search Rooms”.