Okay All You Trekkies At Comic Con! It's Time To Rage Against The Federation! 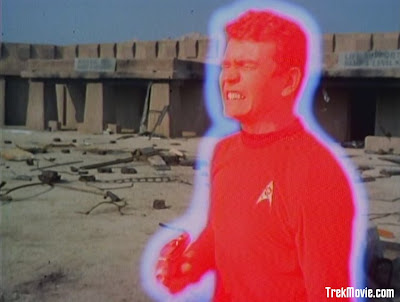 Written By: Ken Hulsey
Music and Lyrics By: Warp 11

Hey all my Trek loving brothers and sisters at Comic Con! This one goes out to you! Have fun, geek it up and have some blood wine on me!

Oh .... and may the Force be with all the Star Wars fans as well!

Now ... let's rock. This is for every die-hard nerd-bot in San Diego:

RAGE AGAINST THE FEDERATION

To boldly go - don’t you see?
Is just a ploy - it’s a f****** conspiracy
The final frontier
Is just a lie that kills thousands every year
‘Cause you and me - don’t you see
Brainwashed at the f****** academy
This red shirt - I’ll say it loud
It ain’t nothing but a f****** death shroud

We beam down, but not back
Before the break we were under attack
“Forward!” Captain cried from the rear and the front rank died
We get the orders - we make it so
We live fast but we don’t die slow
Our bones are crushed - our blood is spilled
The prime directive is to f****** get us…

So we breathe our last breath
Beamed into space or choked to death
A phaser blast, a Klingon assault
Drained of blood and drained of salt
Bat’leth, poison spores
While the captain gets laid by alien whores
Our essence, understand
Distilled in a shape and crushed in a hand