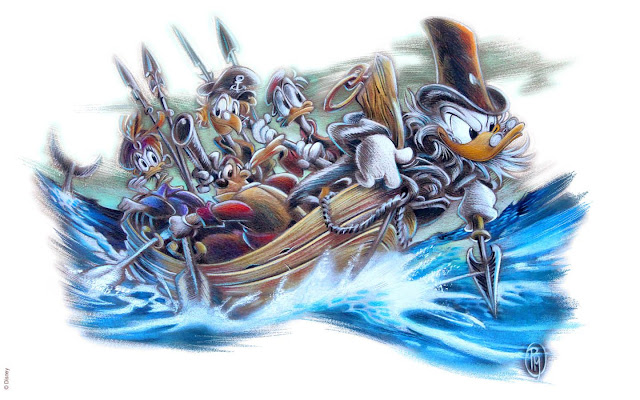 In Disney Moby Dick, starring Donald Duck, Scrooge McDuck, Donald, and nephews venture out on the high seas in pursuit of the white whale Moby Dick who stole Captain Quackhab's lucky dime. As Quackhab scours the ocean in pursuit of his nemesis, facing other dangers of the sea, the crew begins to wonder: how far will their captain go for revenge? When his ship is destroyed and his lucky dime stolen by the monstrous white whale Moby Dick, Captain Quackhab sets sail on a voyage of revenge against the fearsome leviathan. Joined by Ishmael, his first mate Mr. Storkbuck, and the island triplets, Huqueg, Duqueg, and Luqueg, and his crew of ne'er-do-wells, Quackhab won't rest until he gets his prize. But whales aren’t the only danger the seas have to offer. Our heroes must contend with giant squids, pirate crows, and mighty storms before even catching a sight of Moby Dick. And when they finally come face to face with the great white whale, will any of them make it back to land in one piece?

Disney Moby Dick, starring Donald Duck goes on sale November 21, 2018, and is available for preorder on Amazon, Barnes & Noble, and at your local comic shop. This 80-page graphic novel retails for $10.99. 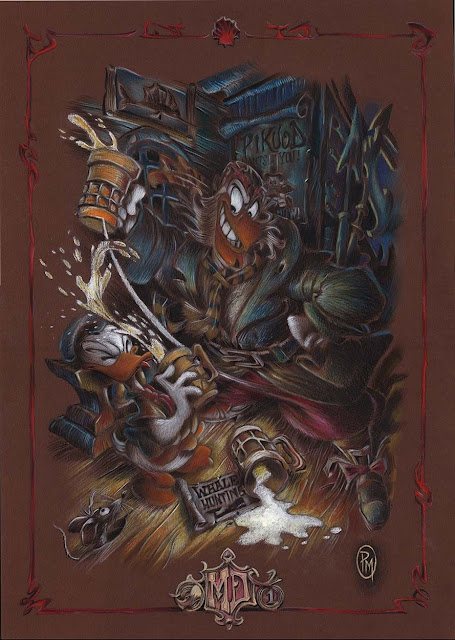 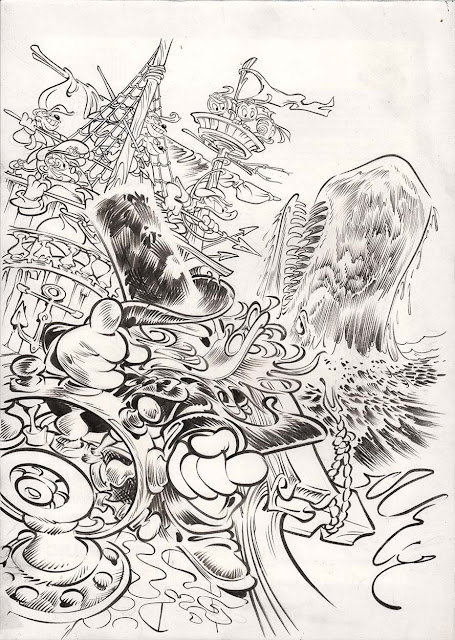 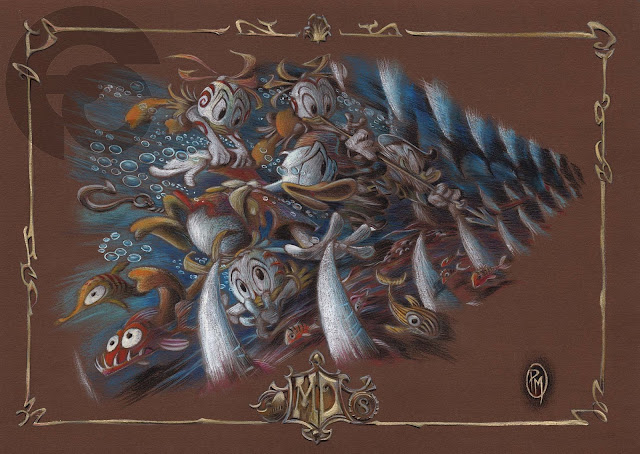 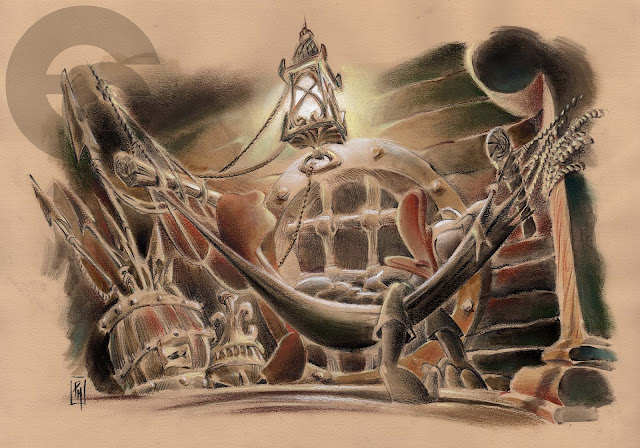 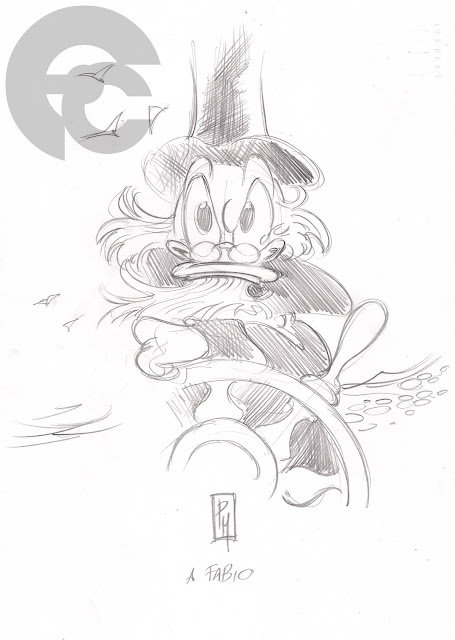