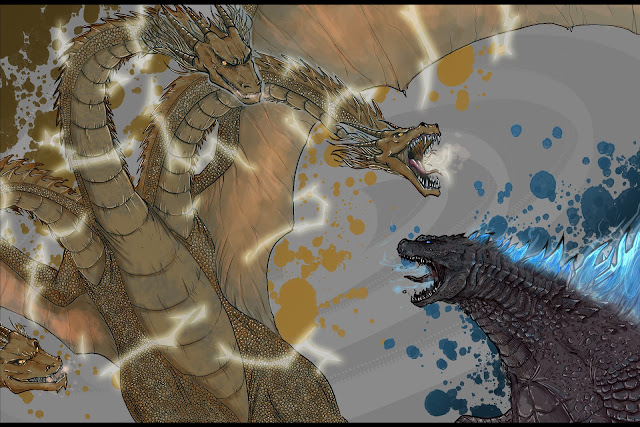 ‘Godzilla: King Of The Monsters’ is ‘about how humans coexist' with the battling creatures, explains Ken Watanabe
The Japanese actor provides a brief update on the upcoming blockbuster

Ken Watanabe has tantalizingly teased that Godzilla: King Of The Monsters, the upcoming sequel to the 2014 blockbuster in which he played Dr. Ishiro Serizawa, will revolve around humans coexisting with the monsters.

I recently had the chance to talk to Watanabe about his performance in “Bel Canto.” But towards the end of our discussion I turned the conversation quickly to “Godzilla: King Of The Monsters,” asking Watanabe how the film is different to its predecessor.

That’s going to be quite an ordeal, though. Because instead of just being the titular Godzilla, the other god-sized monsters that will be wreaking havoc in the film are Mothra, Rodan and the three-headed King Ghidorah.

“King Of The Monsters” will see all of these monstrous behemoths vying for supremacy on the planet, while Watanabe, Kyle Chandler, Vera Farmiga, Sally Hawkins, Bradley Whitford, O’Shea Jackson Jr., Zhang Ziyi and Charles Dance will be trying their damnedest for mankind.

Watanabe didn’t stop there with his update, though, giving the ultimate tease that all action film fans will be excited about, as he added, “Also, I think the battle for survival between the monsters is on a larger scale.”

This isn’t the first update that I have received regarding “Godzilla: King Of The Monsters” in recent weeks. Earlier this summer I sat down with Vera Farmiga, who took the time to talk me through her character of Dr. Emma Russell in the film.

“I play a paleobiologist. She has figured out a way to communicate with the creatures and potentially control them using their bioacoustics on a sonar level. So she is like a DJ for the monsters.”

Unfortunately we still have a little time to wait before we see what is actually in store in “Godzilla: King Of The Monsters,” as it won’t be released until May 31, 2019.

Godzilla vs Kong Turns To Zack Fox For VFX Supervisor