Godzilla vs Kong Turns To Zack Fox For VFX Supervisor 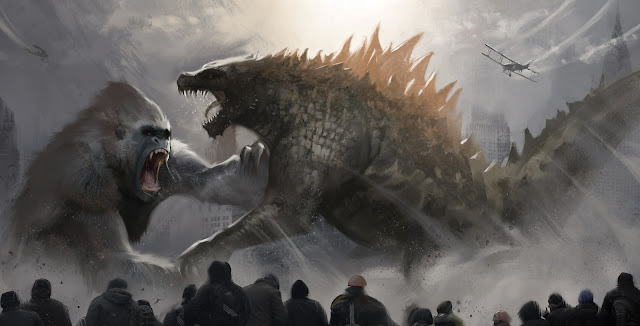 While Godzilla vs. Kong is still a few years away, the pre-production continues to move forward as the film has recruited the VFX supervisor from Pirates of the Caribbean: Dead Men Tell No Tales. Godzilla vs. Kong will pit the two giant beasts against each other in 2020 to see who is the true king of the monsters.

After the success of Gareth Edward's Godzilla in 2014, it was announced that Legendary Entertainment and Warner Bros. Entertainment would be coming together in order to build a shared universe called MonsterVerse. Among the most exciting of these future films was the film simply titled Godzilla vs. Kong, since it would see two legendary and unstoppable monsters battling it out to see who was top monster. The film was announced back in 2015, before fans had the tease of the future monster universe at the end of Kong: Skull Island. With as many monsters that are expected to be in the upcoming film, the visual effects department for Godzilla vs. Kong is going to have a daunting task ahead of them.

GWW reports that Zack Fox has been added on to Godzilla vs. Kong as the visual effects supervisor, though it's possible he's been hired as a VFX coordinator instead, based on an IMDb listing. Fox has previously worked on films like Christopher Robin and Pirates of the Caribbean: Dead Men Tell No Tales, which both required a huge amount of visual effects to be added in post-production. Fox has been working in the visual effects field since 2004, when he worked as a visual effects production assistant on Mel Gibson's The Passion of the Christ.