Raiders of the Lost Ark: Fantastic Adventure From The Makers Of Jaws & Star Wars! 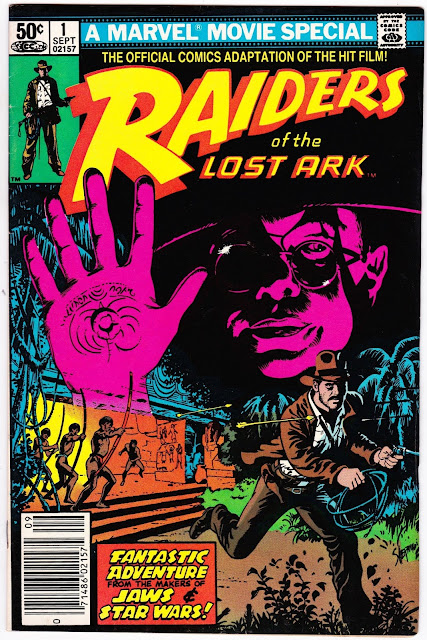 Marvel Comics' official comic adaptation of the 1981 movie "Raiders of the Lost Ark." In this issue, Indiana Jones' attempt to obtain a rare idol is foiled by his rival Belloq. And then Indy is contacted by the government to find the Ark of the Covenant before the Nazis do in part one of this adaptation.

1st printing.
This comic book is in new condition. Comic is complete with cover and all pages attached. This comic has very few flaws that warrant a VF grade.
Comic Book will be shipped bagged and boarded.