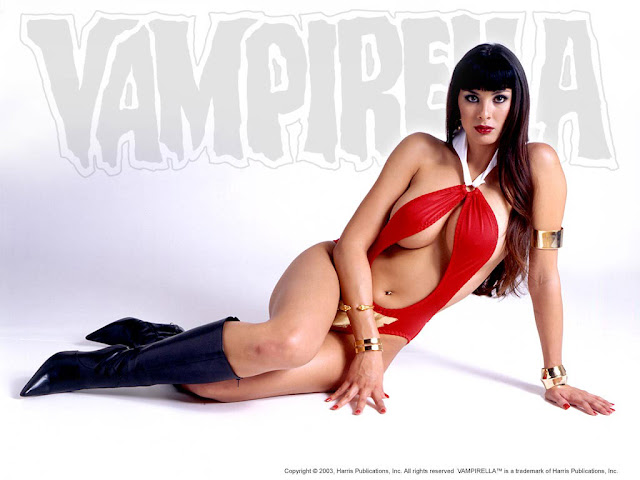 In a can't-miss standalone tale coming this September, just in time for Halloween, Vampirella meets the newest member of her spine-tingling rogues' gallery! 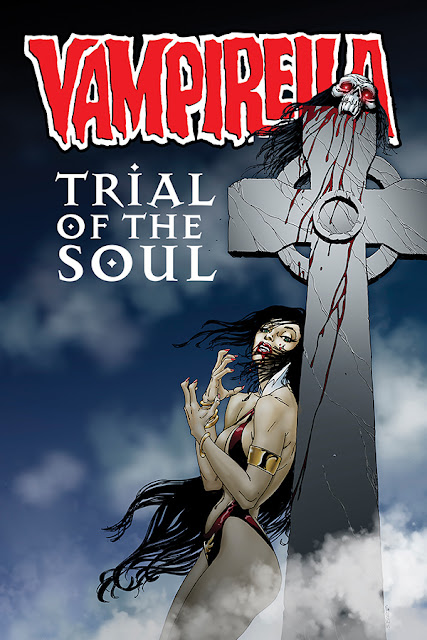 This extra-length special tale asks the question, "Does Vampirella have a soul?" New character Prester John has made it his mission to determine this and enact judgment on her. If she passes the test, she will be spared. If not, he must destroy her. No matter how charming he finds her...

"I always found Vampirella so intriguing and I've always had a crush on vampires so this one-shot for me will be definitely a great chance to test my skills with this classic character," said artist Giuseppe Cafaro. "Plus, with Bill at the script, I'm sure that this will be an amazing journey! I always loved what he did with Fables and the Sandman Universe! Can't wait to show fans what we are doing!"

Based on the legend of the medieval Christian leader of a lost wealthy African kingdom, the Prester John of the Vampirella universe represents a force that our heroine has occasionally found herself contending with. Based on a design by Willingham, John is portrayed as a handsome young man, though he's lived well over 1,000 years. When not hiding among man, he dons an ornate armor made in the forges of Heaven. It pairs with his sword, which is actually on loan from Saint Michael the Archangel, who will reclaim it for the battle of the end times. Alongside his armaments and nigh-immortality, Prester John possesses great strength and can tap into a Godspeed allowing him to practically teleport. 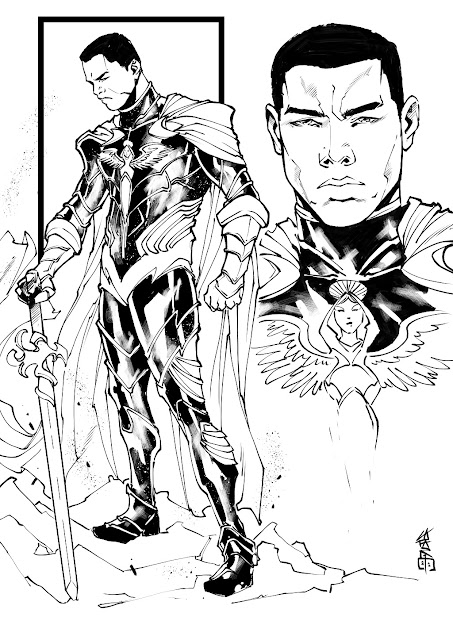 Beyond the titular question of her soul, is Vampirella friend or foe to the forces of Heaven? Is Prester John a "villain" or something much more complicated, just as fans' favorite vampiri? And if either survives their encounter, when could they meet again?

VAMPIRELLA: TRIAL OF THE SOUL is solicited in Diamond Comic Distributors’ July 2020 Previews catalog, the premier source of merchandise for the comic book specialty market, and slated for release in September 2020. Comic book fans are encouraged to preorder copies of the issue with their local comic book retailers. It will also be available for individual customer purchase through digital platforms courtesy of Comixology, Kindle, iBooks, Google Play, Dynamite Digital, ComicsPlus, and more! 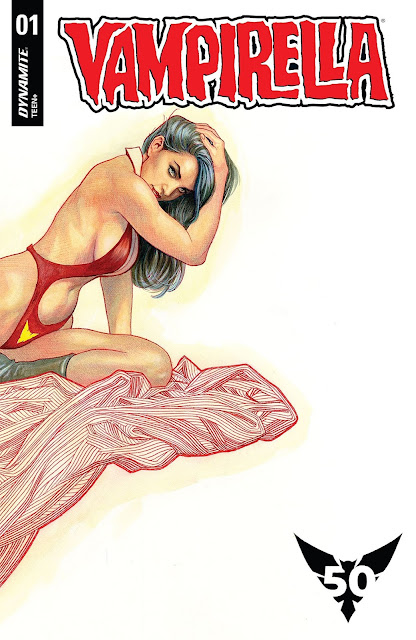