We've obtained some exclusive "behind-the-scenes" shots from the set of the new Fred Olen Ray flick, Bikini Frankenstein, which is now in production. Ray (as director) is filming five features simultaneously. They are being produced by Dan Golden. 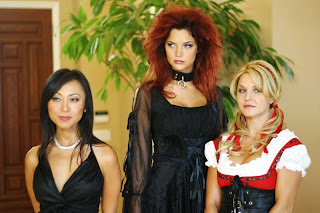 Above, Christine Nguyen (left), Jayden Cole (a.k.a. "Bikini Frankenstein" but her name in the film is "Eve") (center) and Brandin Rackley. 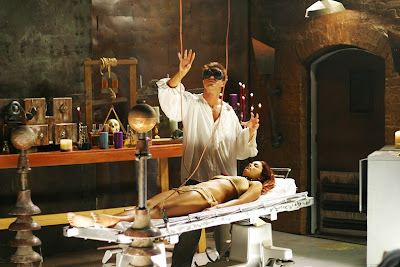 Above, the creation of Eve. 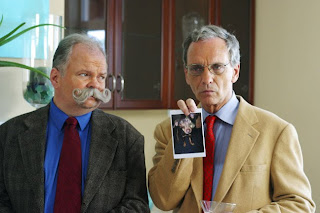 Above, Ron Ford (as "Dr. Waldman") and Ted Newsom (yeah with an "m" on the end... He plays "Professor van Sloan"). Gee, where did they come up with those characters' names? 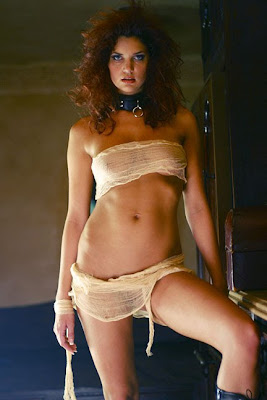 Some photos displayed a little too much of one actress's, uh, naw-tee bits. So, unfortunately, they couldn't be posted here. 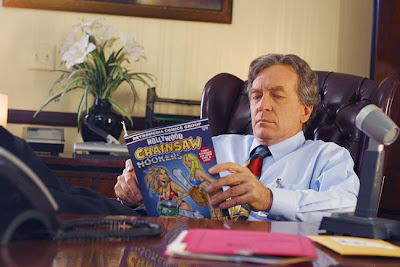 Above, Dan Golden, who plays the head of the "Bikini Organization" and who is also the producer of the movie, takes a reading break.
By Armand Vaquer at August 08, 2009