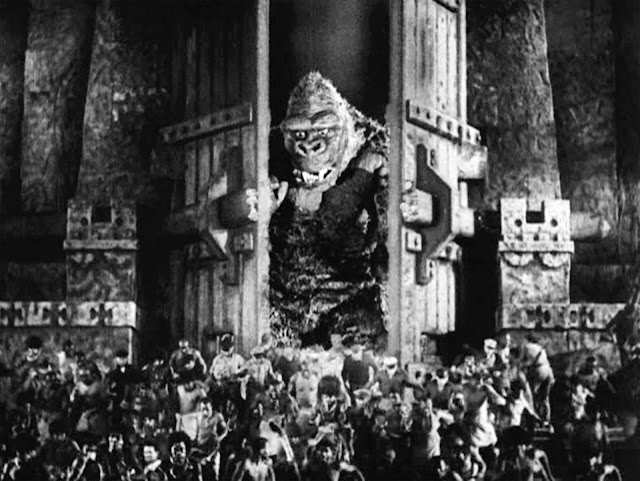 (Note: This is a reprinting of a previously published article from my archive)

It seems that a rare print of the 1933 classic film "King Kong" has turned up in a rather unlikely place, buried in the wall of a London cinema.

During recent renovations to the Grosvenor Cinema, a worker named Ross McMillan was working on knocking down a partition wall in the projection room when he noticed something odd looking in the rubble. To his amazement he discovered that it was a copy of "King Kong." Not just any copy, mind you, a copy that has been missing from the vaults of RKO for more than seventy years. An original print, that may very well contain scenes cut out of the film, including the long-lost Lizard and Spider canyon sequences.

Mr McMillan said: “I didn’t know what it was at first, I hoped it was hidden treasure but when I realised it wasn’t I was about to throw it in the skip.

“One of the cinema staff stopped me and took it away to find out what it was.

“When I heard it was an original version of King Kong, one favourite movies as a kid, I couldn’t believe it.”

Interestingly enough, when the cinema's projectionist contacted Universal, the company that now owns the rights to the film, about the find, he was informed that since the movie wasn't returned on time, way back in 1934, there were some £43,000 in late fees. However, the studio was more and willing to waive the bill just to get the prized copy of "Kong" back into their collection.

As a special added bonus, the Grosvenor Café & Cinema will be able to screen the long lost print in celebration of it's renovation.

My source for this article was the BBC News

Lost KING KONG Print May Not Be As Old, Or Rare, As First Believed 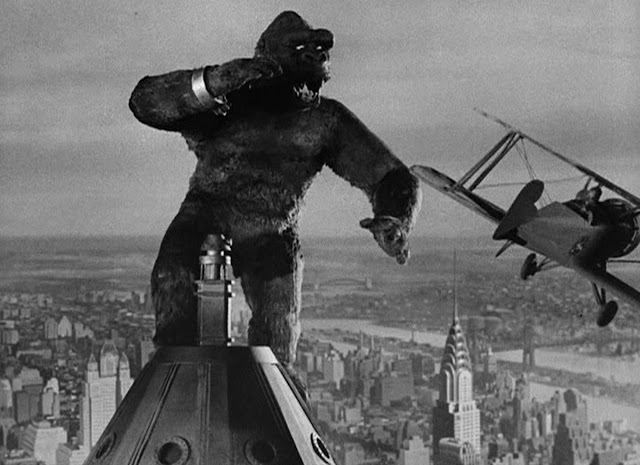 Alas, I hate to be the one to dash every ones hopes, but the copy of the film that sat in a wall for decades waiting to be unearthed, may not be what was advertised.

The print that was discovered is indeed old, and somewhat rare, but further examination has revealed that the film stock is composed of celluloid and not nitrate means that it probably dates back to the 1950s, not the 30s as first reported.

If this is indeed true, any hopes of this copy of "King Kong" containing any rare footage or deleted scenes is slim to none.

It seems that during all the excitement caused by the discovery of an old copy of such a classic film, no one really took the time to examine it to find out exactly what they had in hand.

There is an interesting rumor emerging that suggests one of the Grosvenor Cinema's (the theater where the film was discovered) past employees hid the film so that they could come back and steal it later.

No one knows if that is the case or not.

For now, fans can find some joy that a piece of cinema history has been found, even if it doesn't contain certain items that have been lost for decades.

My source for this article was the BBC News