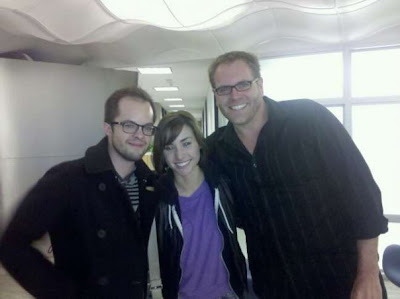 As many of you know, one my favorite television shows, is SyFy's "Destination Truth", which follows the exploits of adventurer Josh Gates and his crew as they investigate sightings of strange monsters and other unexplained phenomena from around the globe.

Well, from the feed-back that I receive every time I write an article about the show, I know that many of the readers here at MIN are fans of the show as well.

Though, NBC/Universal hasn't released any 'official' information about season 3.5 of the series, which makes it's debut this Wednesday, the fine folks over at the "Destination Truth Addicts" group on Facebook, have the low-down on what to expect.

To start with, here is the schedule for the upcoming episodes:

The group also has the scoop on some casting changes for the upcoming season, it looks like Jael will only appear in the episodes from China. Apparently she had other projects that she was working on that prevented her from being able to appear in any other episodes.

To replace her, Erin Ryder, has returned to the show. Ryder is a well-known producer, and is often busy with other programs, but she has promised to work on "Destination Truth" between projects in the future.

It looks like SyFy wants to 'sexy' up the show a little bit by adding Scagliotti and Williams to mix....which is okay by me.

Now, I don't want to read too much into this, but I suggested that they do a "Lizard Man" episode in a post on the "Destination Truth" Facebook page some time back.....so they may (or may not) have gotten the idea for the episode from yours truly.

See Also: A Curious Bigfoot Caught On A Thermal Camera In North Carolina / Is There A Need To Be Worried About The Loch Ness Monster? / The Top Ten Hottest Monsters Of 2009 / Bigfoot Caught On Trap Camera In Minnesota......Maybe? / The Loch Ness Monster - The Death Of A Monster Hunter - Italians Take Over The Search / Hunting For Monsters And Other Unexplained Mysteries In My Own Backyard / Sci Fi Orders Another Season Of Destination Truth / If Your looking For Ghosts Go To The Aokigahara Forest In Japan
By Ken Hulsey - March 15, 2010