A New Bigfoot Movie In 3D From China? 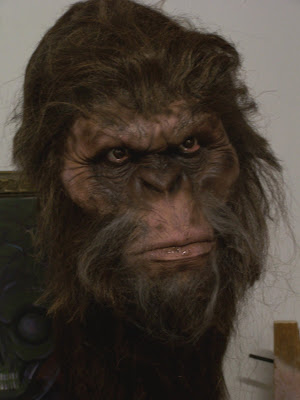 No country outside of the US has embraced the digital movie revolution like China. Proof of this new found desire to produce fantasy films in line with their western counterparts seem to be popping up on a regular basis now as the willingness of Chinese film makers take on bigger, and more expensive projects has taken fire. Over the past couple of years we here at MIN have reported on two ambitious CGI effect laden sci fi epics from China, namely the undersea creature feature “Empires of the Deep” and the giant robo film “Future Fighters.”

Now the Chinese have caught on to yet another American movie trend, which they now want to mold into their own image. I am, of course, talking about the Sasquatch movie craze.

Oh sure, they have Bigfoot over there too, in fact, if you follow cryptozoology at all then you probably already know that the big harry guy has distant relatives that once roamed China a couple of million years back in the form of Gigantopithecus. In China today sightings of the Yeren (Giganto still with us) or Mountain Wildman, are still very common and several government funded expeditions have been undertaken to hunt for the elusive creature.

In the upcoming film “Primary Zone” the Yeren and CGI are going to be blended together to create a 3D movie experience that the Chinese hope will rival “Avatar.”

Details out of the east are a bit sketchy as the film is still in the early stages of development, but what has leaked out, and has been translated into English, reveals that the plot will revolve around a group of scientists who venture out in search of the monster.

Also according to reports “Primary Zone” will have a budget of $15 million, which seems rather small compared to Hollywood movies, but as fans of Asian cinema know film makers in China, Japan and Korea have been able to make some rather impressive fantasy films with minimal money.