Marcus Nispel Gets The Green Light For A Conan Remake 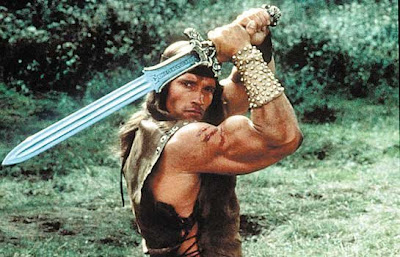 Remake king, Marcus Nispel, has been tapped to direct the remake of the 1982 fantasy film "Conan The Barbarian" by Nu Image/Millennium Films. Apparently if you want a film remade, Nispel is your man, his last two films were both remakes, namely "The Texas Chainsaw Massacre" and "Friday the 13th."

Reportedly the script for "Conan" will be written by Thomas Dean Donnelly and Joshua Oppenheimer.

Nispel intends to blend his childhood visions the warrior with the classic illustrations by Frank Frazetta, and the influences of films such as Mel Gibson's "Apocalypto."

Production on the film is set to start later this year in Bulgaria and South Africa. Avi Lerner and Joe Gatta are serving as producers along with Fredrick Malmberg.

Production on "Conan" has been in development for nine years. Most recently Warner Bros attempted to begin production on the film with several different directors revolving in and out, including Brett Ratner, Larry and Andy Wachowski and Robert Rodriguez. Eventually the studio walked away when they couldn't get anyone locked down to helm the production.

Fans may not be to excited to learn that Nispel has signed on for "Conan", neither of his past two horror remakes were truly embraced.
By Ken Hulsey - June 12, 2009