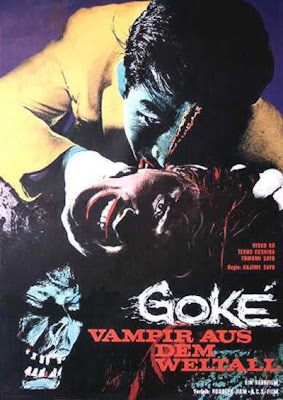 Those of us lucky enough to have the IFC channel on their satellite provider, and possibly some cable systems, often times get treated to films that haven't managed to be released on domestic DVD. A couple of months ago I stumbled on one of these rare films entitled, "Goke: Body Snatcher From Hell" a very well made Japanese sci fi/horror film from 1968. Most of you already know my love for Japanese monster and sci fi films, so this one immediately got my attention.

"Goke" is a very interesting blend of both sci fi and horror, with elements that one would have to believe were inspired by popular American TV shows like "The Twilight Zone" and "Outer Limits." There are several "Serling-esque" plot twists, including a surprise ending.

The film opens aboard a jet airliner on route from Tokyo to Osaka that begins to experience a set of strange events. The sky begins to turn blood red and bloody panicked birds begin to crash into the plane. The crew then gets a mysterious message that there is a possible terrorist on board and that they should turn around and return to Tokyo. The planes co-pilot, Sugisaka, searches for a possible bomb, but instead finds that one of the passengers is armed with a riffle. In the ensuing scuffle, the gun goes off knocking out the planes radio, causing the crew to miss a radio message about a UFO being spotted nearby.

The UFO mysteriously appears directly in the plane's path causing a near collision. The after effects of the near miss causes the plane to go down on what is presumed to be a deserted island. 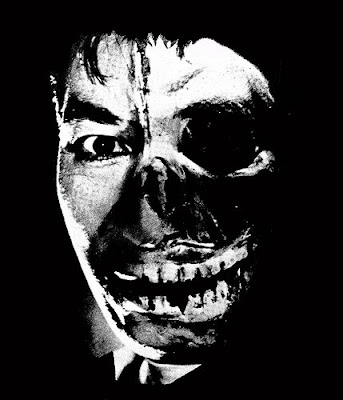 After the crash, the surviving passengers begin to come to one by one. Disoriented from their ordeal they begin to hypothesize about what has happened. The thwarted hijacker soon awakens and grabs the flights main stewardess, Kuzumi Asakura, and uses her as human shield to make his escape from the wreckage.

Once outside the pair come upon a luminous spaceship. Kuzumi crouches behind a rock, but the hijacker steps into a clearing to get a better look. Suddenly, his face goes blank and he begins walking toward the spaceship. A dark blob crawls along the ground towards the hijacker. When she sees the hijacker's forehead split open, Kuzumi screams and passes out from fright.

Sugisaka finds Kizumi passed out behind the rock and carries her back to the airplane. In order to get Kuzumi to tell what she saw, one of the passengers, a Dr Momotake, hypnotizes her. Kuzumi tells how the dark blob crawled into the hijacker's skull through the split in his forehead. Tokiyasu doesn't believe her, but Dr Momotake assures him that Kuzumi is telling the truth.

In fear of what has happened to the hijacker the remaining survivors decide to barricade themselves in the remains of the plane. This, of course, does no good and the alien entity, who we find out is one of an invading species called the Gokemidoro, begins jumping from person to person, causing the remaining uninfected people to keep guessing who is an alien and who is not.

In a panic the group decides to force a young man, who they learn called in the initial bomb threat on the airplane, outside as a sacrifice to the alien. When the possessed hijacker approaches the boy, he reveals that he does indeed have a bomb, which accidentally goes off, blowing a huge hole in the plane.

With no place to hide, the remaining passengers quickly fall prey to the alien entity, which turns each victim into a vampire-like creature that in turn attacks another uninfected party. 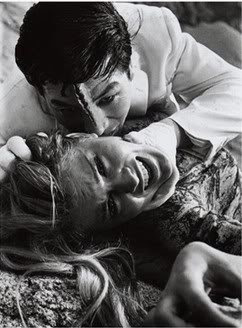 In the end it is Sugisaka and Kuzumi that survive to confront the alien still inside the hijacker. In a bold move, Sugisaka tosses a bucket of airplane fuel at the hijacker, then sets him on fire.
The pair flees the scene and soon discovers that they are not on a deserted island at all, but on the Japanese mainland. They come out on a highway where they see cars lined up at a tollbooth. Everyone in the cars is dead. They soon discover that everyone in the nearby city is dead, too.
The pair hears the voice of the Gokemidoro, who informs them that no living thing on Earth will be sparred the alien infection and that they are doomed to face the same fate as everyone else.
Sugisaka and Kuzumi are last seen wandering aimlessly. Sugisaka wonders why this had to happen. The last thing we see is a fleet of Gokemidoro ships moving towards Earth.
By Ken Hulsey - June 11, 2009