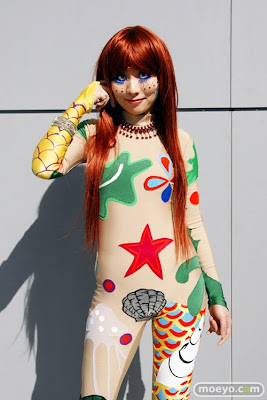 If you are anywhere near the big Japanese sci fi buff that I am, these two stories from 'the land of the rising sun' will have you all geeked up.

Now, I imagine that just about everyone knows what Cosplay is by now....you know, a bunch of Anime fans running around dressed like their favorite characters.

Well, have you ever heard of a Godzilla related Cosplay costume before? Neither had I, until now.


At the Wonder Festival, which was recently held in Japan, one young lady did just that, dressing as Miki Fujimiya from "Godzilla vs Hedorah" (aka Godzilla vs The Smog Monster).

If you recall, Miki was the psychedelic singer from that bar where everyone was trying to forget that their country was being destroyed by a monster that feeds on pollution.

You may also remember that the scene resembled a bizarre acid trip, and in the end, everyone wound up with fish heads.

Unfortunately, I don't know the name of the young lady who designed this costume, but props are in order anyway. 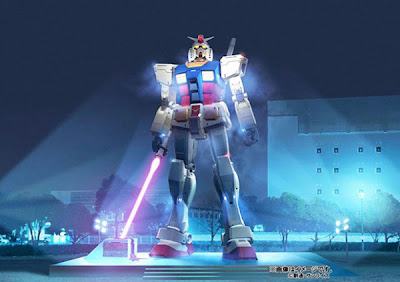 Many of you may also remember last summer, when a life-sized Gundam statue was erected on Tokyo’s artificial Odaiba island, to celebrate the 30th anniversary of the show.

Now, this amazing giant robot is set to make a come back, this time in Shizuoka, and with a new glowing, "beam laser", attached.

I don't know about you, but, um, that 'beam laser' looks a lot like a lightsaber....doesn't it?

I think that George Lucas is gonna sue somebody.......

Anyway, the life-sized Gundam is going back up to celebrate the exact date that the long-running animated series made it's debut. This time, however, the statue will stay up for a good six months or more, unlike last years brief stint in Tokyo.

An estimated 4 million visitors came out to see the giant robot last year.

Here is another photo of the Miki Fujimiya Cosplay from the Wonder Festival in Japan: 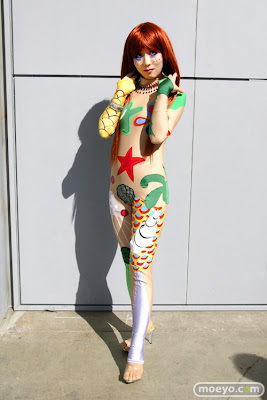