Its Werewolves vs Bigfoot In Clint Romag's 'Revenge Of The Werewolves' 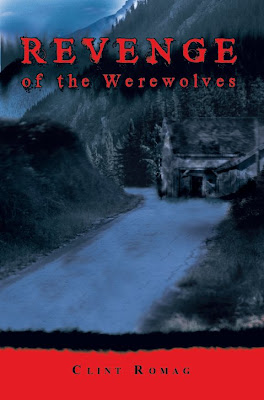 Clint Romag, author of the Bigfoot Horror series "The Sasquatch Encounters," has released his new novel "Revenge of the Werewolves." After the destruction on Ellesmere Island, Brennan, lord of the dark pack, leads the surviving werewolves on a rampage to hunt down and destroy Cameron Rossin. Cameron will have to fight for his life to save his friends, family and himself, while trying desperately to not give into the curse. The action starts when dozens of wolves are unleashed into the streets of Portland, Oregon slaughtering anyone nearby.

Cameron will have to return to his hometown of Longview, Washington and confront Brennan in the very place where James Langley cursed him as a werewolf years before. But in doing so, Cameron is in danger of turning into the monster he has fought so long not to become.

"This is the fourth book in the series and the darkest one yet," Clint Romag said. "As in the first book, most of the story takes place in Longview, so in a way, Cameron comes full circle. He returns to Mount Nolo and from that point his life will never be the same again."

Also included is the short story, "Werewolf In Bigfoot Country." When a werewolf flees into the forests of Southwest Washington to make its domain, it quickly learns that there is already a king of the forest.

"The short story was very fun to write," Romag said. "We finally get to see a werewolf and Bigfoot fight. Place your bets now on who will win."

Jahrome Youngker, who has done the artwork for many of Romag's novels, created an illustration for the short story, which is included.

Clint Romag grew up in Longview, WA, where stories of Bigfoot roaming the forests outside his small town influenced the direction of his writing. He graduated from Western Washington University, and currently lives in Los Angeles. Romag has written several novels including "Fury of the Sasquatch" and "The Werewolf King."

See Also: Brian Regal Wants To Prove That The Werewolf Myth Mutated Into The Bigfoot Phenomenon