KH - How did the idea for MORAV first come about?

FD - The idea for MORAV grew out of my interest in robotics combined with my career in motion pictures. I have always wanted to see someone do a really good live action giant robot movie or television show. First I had the idea of creating a show around 1/24th scale bipedal robots actually fighting each other in a miniature environments with a WWF over the top style. As I started writing the back story to each of the fictional pilots, I realized it would make a better science fiction story than a live show. Once I came to that conclusion, I set forth creating stories for a more gritty realistic version of MORAV. I could see the MORAV world so clearly, it practically wrote itself. That’s how I knew I had to make MORAV.

KH - The effects for MORAV look top-notch. How were you able to recruit people for the project, and how have you been able to finance all this?

FD - I am very fortunate to have many friends in the motion picture industry to help me turn my vision into a reality. It does not hurt that I am a good sales person and strong team builder by trade. The excitement and originality of the MORAV projects has even drawn the attention and assistance of people I have never met.

Producing MORAV has proven to be a greater task than even I, with my background in the entertainment business, could have imagined. First off, if I were to maintain what I felt to be the most important elements to the success of MORAV, I needed to fund it myself long enough to prove the concept. Now that MORAV has built a strong following I ‘m almost done producing our first 6 issues of the MORAV comic book, I feel like I can invite other producers in to join the MORAV excitement 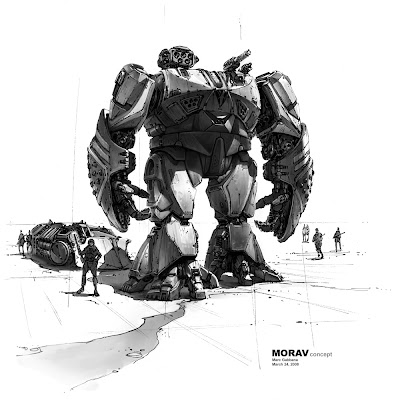 KH - Does Morav take place in an alternate universe?

FD - MORAV does not take place in an alternate universe it takes place here and now.

The story starts on an island in the Pacific because I wanted the audience to believe this could be happening right now. The later episodes in the MORAV series take place in more locations around the world. This is not a story that takes place in the far future. The idea of giant robots can be made more tangible by placing them in familiar situations and environments. It would be great if after seeing a MORAV episode you could easily imagine a MORAV walking outside your window.

KH - Why was stop-motion animation and miniatures chosen over CGI?

FD - I chose to do our initial tests and plan to do a considerable amount of the show in miniature because it looks better and it’s less expensive than CGI for many things. You get a lot for free when shooting miniatures, especially with interaction with light, fire, smoke, debris and water. That’s not to say that we won’t use computer effects to enhance shots and do things that are not possible in miniatures. Mainly, we want to avoid an all CGI look. CGI on a budget often looks more like an animated painting than reality, we’ve all seen it. If you don’t keep an open mind and rely too much on one technique then the look of your project will suffer. 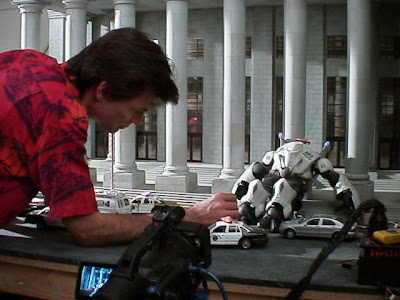 KH - What is your audience for MORAV? Do you see it as a syndicated TV show or a web only series?

FD - MORAV is created for a mature audience. If we were to gear it toward too young an audience, it would water down the gritty realism MORAV fans have responded to so well. I’m imagining it’s the same kind of audience that would enjoy the Alien series.

We have taken a multi pronged approach with the MORAV series. We have enough chronology to do webisodes, comic books, a television series and motion pictures without touching the same story twice. We have always remained flexible since we do not yet know what production opportunities will arise first. We believe in the project and we’ll keep pushing for anything we can do to get MORAV to it’s fans. After putting so much work in to MORAV I decided that the only affordable path for me was to produce a comic book series. Until I get seed money for bigger projects I will continue doing whatever I can to keep MORAV moving forward.

KH - Have you had any networks step forward to either back or air the program?

FD - I have had brief talks with some motion picture, television and Internet production companies, about MORAV, but no deals have been made as of yet. So feel free to e-mail suitable companies if you want to see MORAV, wink. 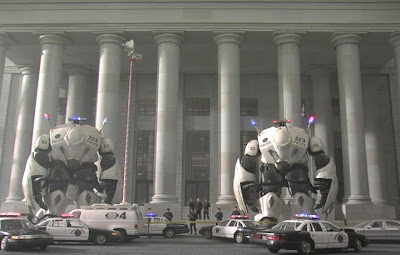 KH - Your resume is quite impressive. It seems that you have been head model maker on every top sci fi film for the past decade. Which of those films were the most challenging?

FD - It would be very difficult to choose a favorite or most difficult film of the many I have had the great privilege to work on. Each project has been very different. Imagine that one day you’re doing a story in ancient Egypt , and then you’re doing an epic World War II drama followed by a science fiction adventure. You immerse yourself in the subject matter you are dealing with, develop solutions to a complex array of problems, perfect techniques for achieving your goals and then throw them away and start over on a completely different project. I think what I love about the entertainment business is that creative variety. The greater the challenge, the greater the feeling of accomplishment at the end of each project.

KH - What is your favorite model that you have built for a film?

FD - My favorite model that I have built is oddly not one of the largest, most impressive or even recognizable. It was early in my career. There was a space station model added last minute to the movie Deep Impact. Because it was not part of the original plan, the production could only come up with a very small budget for the model. My supervisor on that show, Brian Gernand , told production if they gave me the one piece of existing art and left me for a few weeks, I would deliver a great model space station. I really liked being trusted in that way. I do really like people and enjoy working as a team, but it was a nice change of pace to do something almost completely on my own. That was a small but proud moment for me. 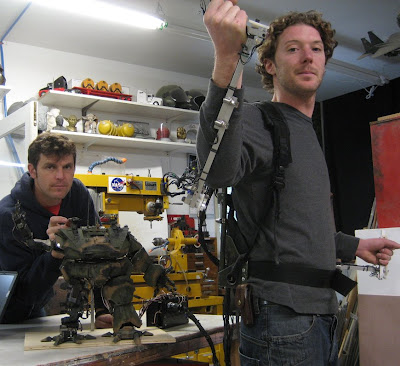 KH - You have worked on all six, Star Wars films, (three being special editions) what was it like to be part of the greatest movie franchise of all time?

FD - I grew up a pretty big fan of the Star Wars series. That movie was one of the reasons I got into the motion picture business. Never in a million years did I imagine I would actually work on a Star Wars movie. After all, they were all done before I finished high school. Then to my great surprise George Lucas decided to do the Star Wars special edition movies while I was working for Industrial Light and Magic. It was mostly like any other movie project I worked on, except for the occasional giddy feeling I would get when I allowed my inner child out. Then I would think things like “I’m working on R2-D2.” I’d chuckle for a moment and get back to work.

KH - Do you have any new movie projects coming up?

FD - I just got back from working as an assistant art director on a film called Coraline at LAIKA Entertainment, and I’m now in Doug Chiang’s art department at Image Movers Digital working on several motion picture projects that are not yet public. If I can land the right funding deal with a television or motion picture company, I hope to be producing MORAV in the future.