Showing posts from February, 2008
Show all

Source: Viz Pictures VIZ Pictures, an affiliate of VIZ Media, LLC that focuses on Japanese live-action film distribution, has announced a pair of new theatrical runs scheduled for New York and Los Angeles of NANA, a live action film directed by Ootani Kentarou and based on the best-selling shojo manga (graphic novel) series by Ai Yazawa. NANA will screen in Los Angeles, March 21-27 at the IMAGINASIAN CENTER and then in New York, April 4-10 at the IMAGINASIAN THEATRE. Press screenings for both locations are also planned and theater information follows at the end of this release. NANA follows the adventures of two girls both named Nana. While they share the same name, they couldn't be more different. Nana "Hachi" Komatsu follows her boyfriend to Tokyo and hopes to make a new start, while Nana Osaki, who arrives in the city at the same time, is a punk rock beauty who has the ambition to make it big in the world of rock and roll. Although these two young women come from v
Post a Comment
Read more

Buy Now For $43.99 from Yesasia Toho has just released a brand new DVD for Mothra vs Godzilla. This is a great widescreen print that is as good or better than the recent Classic Media release. As with most recent Toho releases, this one is packed with bonus features from studios library. A must have for Godzilla collectors! Product Information Product Title:Mothra vs Godzilla (DVD) (Japan Version) Region Code: Region 2 Picture Format: NTSC Artist Name(s):Takarada Akira Honda Inoshiro Fujiki Yu Release Date:January 25, 2008 Language:Japanese Subtitle:Japanese Package Weight:100 g Publisher:Toho Other Information:DVD YesAsia Catalog No.:1005088353 Shipment Unit:1 A news reporter named Sakai and his photographer Junko take pictures of the wreckage caused by a typhoon. Later on that day a giant egg is discovered on the shore. The local villagers salvage it, and scientists come to study the egg. While Sakai and Junko try to ask Professor Miura questions about the egg, an entrepreneu
Post a Comment
Read more

Source: Bandai Entertainment Bandai Entertainment Inc. announced today that it has launched my space pages for two of its new series Code Geass: Lelouch of the Rebellion and Lucky Star. Lucky Star can be found at www.myspace.com/luckystardvd and Code Geass can be found at www.myspace.com/join_the_black_knights “There’s so much talk going on about both these series we wanted a place for fans to come and really express their interest,” said Director of Marketing Robert Napton. Similarly, the series websites, www.code-geass.bandai-ent.com as well as www.lucky-star.bandai-ent.com are currently live with information and news with new many new updates planned. “There’s going to be some announcements in the coming weeks about a special event related to both series, so stay tuned to both websites as those will be the first to have the information,” Napton continued, “and there’s are lot of upcoming convention news fans will want to hear about.” Lucky Star is a 24 episode television
Post a Comment
Read more

JMG Comics, a division of JMG Studios is pleased to announce the upcoming release of its first comic book series, MECHA MANGA BIBLE HEROES. MECHA MANGA BIBLE HEROES brings classic bible heroes to life in a whole new way! Drawn in the popular manga style and featuring “mecha” (robots), a mainstay of manga, this new series is sure to satisfy fans of imaginative action and adventure. The characters, themes and stories remain the same, only the setting has changed – to a futuristic world of aliens, robots and advanced technology! “Just like modernized versions of Shakespeare's plays, by taking a solid, meaningful story and translating its elements as faithfully as possible into a new setting, we hope to bring out some of the more amazing details that might get missed by today's readers,” said co-writer Tom Hall. The first issue, shipping in May, re-imagines the legendary tale of David, the shepherd boy who took down the giant, Goliath. The 32-page, full-color comic book retail
Post a Comment
Read more

VIZ Media, LLC (VIZ Media), one of the entertainment industry's most innovative and comprehensive publishing, animation and licensing companies, has announced its continued global expansion with a new distribution agreement with Madman Entertainment to offer a wide variety of Shueisha manga (graphic novel) series to the burgeoning market in Australia and New Zealand. Shueisha Inc., is one of Japan’s largest publishers and is a parent company of VIZ Media. Some initial VIZ Media titles to be published will include smash hit properties like NARUTO, set to debut in March, BLEACH, scheduled to launch in April, and DEATH NOTE, which will be introduced in May. Several popular shojo series such as THE GENTLEMEN'S ALLIANCE †, FULL MOON, LOVE*COM and NANA are also set for publication this year along with action favorites that include ONE PIECE, D. GRAY MAN, BLACK CAT and CLAYMORE. Madman is Australia’s number one distributor of manga (graphic novels), with a wide range of popular tit
Post a Comment
Read more 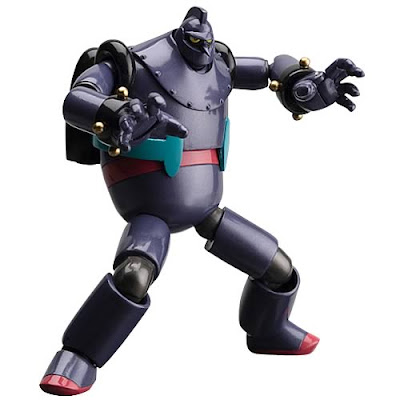 Price: $22.99 - Order Now From Entertainment Earth Gigantor Revoltech Action Figure Description: Revoltech is an innovative joint system that allows figure to demonstrate many kinds of realistic poses. Gigantor (also known as Tetsujin No. 28 or literally "Iron Man #28")was a giant robot piloted by Shotaro. Gigantor is known from the manga by Mitsuteru Yokoyama that was published in 1958. Gigantor was later adapted into several anime series with the first series in 1963. It was the first "giant robot" series. This figure stands approximately 6-inches tall and features 43 articulation points with 18 joint parts. Gigantor comes equipped with interchangeable accessories and parts (2 after burner, 2 set of hands, 1 extra head, 1 damaged arm and 1 display base).
Post a Comment
Read more

Star Wars: The Clone Wars Comes To Cinemas And TV In 2008 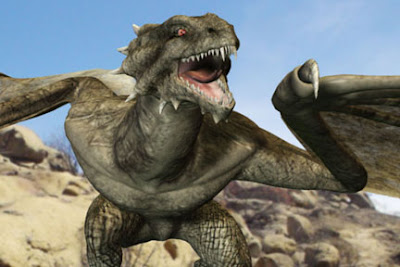 Sources: Avery Guerra / Dread Central Chris Ray, son of famed b-movie director Fred Olen Ray, is set to make his directorial debute on the giant monster film Reptisaurus. The film will be based on the short-lived Charlton comic book "Reptisaurus The Terrible, " which ran for seven issues in 1962. Oddly enough the comic actually started out as an adaptation of the Danish monster movie Reptilicus, but the tie-in was abandoned after only two issues. The Reptisaurus movie will be produced by David Sterling, and is set to star veteran TV actor Gil Gerard (Buck Rogers). In the comic, Reptisaurus was a giant, winged, reptilian, island-dwelling, monster that was worshipped by the ancient Aztecs who believed it to be the embodiment of their god Quetzalcoatl. From that description it is easy to see why many fans believe that comic book was the inspiration for Larry Cohen's movie, "Q, The Winged Serpent.' The movie version of Reptisaurus will be your basic tale of soldiers
1 comment
Read more
More posts