Can You Watch 120-Plus Hours Of Movies? Netflix Wants You! 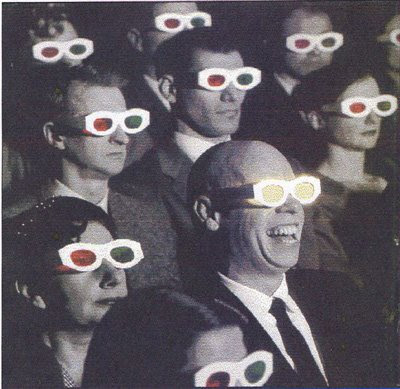 Source: Electric Artists
Their eyes may be glued to the screen, but all eyes will be on the eight competitors who will participate in the Netflix Movie Watching World Championship: The Quest for the Popcorn Bowl. Hosted by Netflix (Nasdaq: NFLX), the world’s largest online movie rental service, the grueling movie watching marathon will begin on October 2nd in New York’s Times Square and is expected to last until a new Guinness World Record®, for most consecutive hours spent watching movies, is set five days later on October 7th.

At stake is the undeniable notoriety associated with holding the title of world champion, a $10,000 cash prize, a lifetime subscription to Netflix and the first-ever Popcorn Bowl trophy.

Featuring some of the world’s most accomplished endurance enthusiasts, the Netflix Movie Watching World Championship challenges contestants to watch a continuous run of movies in an effort to eclipse the existing world record of 120 hours and 23 minutes held by Ashish Sharma of Mathura, India. Mr. Sharma will be on hand to defend his title. Netflix will also give everyday people a chance to participate by inviting the submission of video auditions at http://www.facebook.com/ (keyword search: Netflix Movie Watching World Championship). Additional information, including contest rules and other mesmerizing tidbits, can also be found there.

The event will begin at 10:30 a.m. Eastern time with competitors assuming their positions in the Netflix Movie Watching Arena, a plexi-glass living room in the center of New York ’s Times Square . Gawkers and passersby will have ample opportunity to cheer on or watch in wonderment as each competitor creatively and, towards the finale, desperately attempts to stave off sleep.

“The Netflix Movie Watching World Championship is a showcase for die-hard movie buffs who possess incredible focus and discipline,” said Leslie Kilgore, chief marketing officer for Netflix. “It combines the love of movies with the thrill of competition at the crossroads of the world.”

Said Mr. Sharma, the brash, current Guinness World Record holder: “I am the one who is going to win and India will retain this world record. I will put the fire in the heart of my competitors.”

The field of movie watchers includes record holders, as well as rookies to marathon movie watching. The competitors include:
Mr. Sharma, who watched movies for 120 hours and 23 minutes in June in Mathura , India , and is traveling to New York for the event.
Former three-time movie marathon record holder Claudia Wavra of Germany who will attempt to reclaim the title she lost to Mr. Sharma in June.
Suresh Joachim, a Canadian of Sri Lankan descent, who holds 32 Guinness World Records. Mr. Joachim is an endurance champion whose records include television viewing (69 hours, 48 minutes), dancing (100 hours), radio dj-ing (120 hours), and ironing (55 hours, 5 minutes), among other disciplines.

Cheryl Jones of Portland , Ore. who was a part of the team of Netflix members who broke the Guinness World Record for continuous movie watching in 2003.
Dallas movie buff Jeff Jones who won $250,000 on the movie edition of the popular game show series “Who Wants To Be A Millionaire” in 2007.

New York-based competitive eating champion, Crazy Legs Conti, who also happens to be a cinephile with a penchant for ‘80s films, will join the ranks of endurance enthusiasts for a shot at the title.
Guinness World Records rules require the contestants to watch films non-stop without averting their eyes from the screen. Competitors will be given 10 minutes between each movie, or approximately every two hours, to refresh themselves. Eating, drinking, standing and stretching are allowed as long as eyes are on the screen.
Gourmet, chef crafted popcorn will be provided by Dale and Thomas Popcorn (http://www.daleandthomas.com/) throughout the event. Medical professionals will monitor the contestants’ conditions throughout the event and assess if contestants are truly “watching” or are simply staring blankly at the screen.
By Ken Hulsey at September 15, 2008