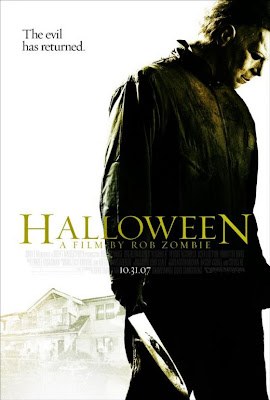 In the small town of Haddonfield, ten-year old Michael Myers (Daeg Faerch) begins to exhibit signs of mental instability. After killing his mother's abusive boyfriend by slitting his throat, beats the boyfriend of his older sister, Judith, to death with a baseball bat and then her, using a butcher knife, Michael is sent to a mental hospital where he is treated by Dr. Samuel Loomis (Malcolm McDowell). Years later, Michael (Tyler Mane), now a grown man and still very dangerous, escapes from the asylum to find his baby sister, Laurie Strode (Scout Taylor-Compton), although why he should wish to do so is a mystery. Is he trying to protect her because he misses her, or does he want to finish the job of exterminating his entire family? The maniacally unstoppable Myers is willing to kill anyone who stands in his way. 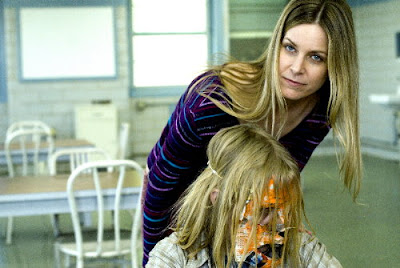 On June 4, 2006, Dimension announced that Rob Zombie, director of House of 1000 Corpses and The Devil's Rejects, would be creating the next installment in the Halloween franchise. The plan was for Zombie to hold many positions in the production; he would write, direct, produce, and serve as music supervisor. Bob Weinstein approached Rob Zombie about making the film, and Zombie, who was a fan of the original Halloween, and of John Carpenter, jumped at the chance to make a Halloween film for Dimension Studios. Before Dimension went public with the news, Zombie felt obligated to inform John Carpenter, out of respect, of the plans to remake his film. Carpenter's request was for Zombie to "make it his own". During a June 16, 2006 interview, Rob Zombie announced that his film would combine the elements of prequel and remake with the original concept. Zombie insisted that there would be considerable original content in the new film, as opposed to mere rehashed material. 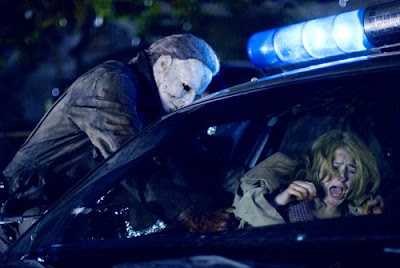 His intention is to reinvent Michael Myers, because, in his opinion, the character, along with Freddy Krueger, Jason Voorhees and Pinhead, has become more familiar to audiences, and as a result, less scary. The idea behind the new film was to delve deeper into Michael Myers' back story. A deeper back story would add "new life" to the character, as Zombie put it. Michael's mask will be given its own story, to provide an explanation as to why he wears it, instead of having the character simply steal a random mask from a hardware store, as in the original film. Zombie explained that he wanted Michael to be truer to what a psychopath really is, and wanted the mask to be a way for Michael to hide. He wants the young Michael to have charisma, which would be projected onto the adult Michael. Zombie has decided that Michael's motives for returning to Haddonfield should be more ambiguous, i.e., "was he trying to kill Laurie, or just find her because he loves her?" 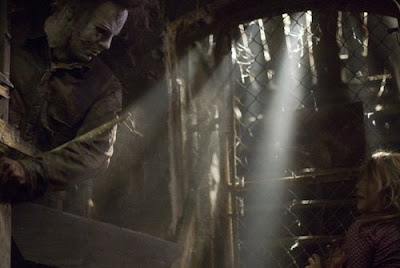 Moreover, Michael would not be able to drive in the new film, unlike his 1978 counterpart who stole Loomis' car so that he could drive back to Haddonfield. Zombie also wants the Dr. Loomis character to be more intertwined with that of Michael Myers, as opposed to what Zombie saw, in the original film, as showing up merely to say something dramatic. On December 22, 2006, Malcolm McDowell was announced to be playing Dr. Loomis McDowell stated that he wants a tremendous ego in Loomis, who is out to get a new book from the ordeal. Although Zombie has added more history to the Michael Myers character, hence creating more original content for the film, he chose to keep the character's trademark mask and Carpenter's theme song intact for his version (despite an apparent misinterpretation in an interview suggesting the theme would be ditched). Production officially began on January 29, 2007. Shortly before production began, Zombie reported that he had seen the first production of Michael's signature mask. Zombie commented, "It looks perfect, exactly like the original. Not since 1978 has The Shape looked so good". 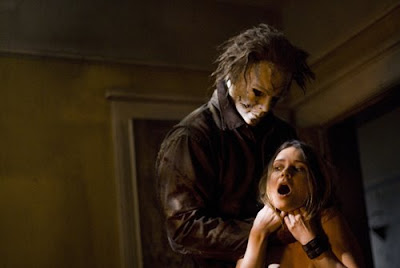 Filming occurred in the same neighborhood that Carpenter used for the original Halloween. Production would officially end on March 22, 2007. By the end, Zombie expressed that it was not his intention to leave the story open for a sequel, which he has no plans to do.
By Ken Hulsey at October 31, 2008