New Photos From Gathering Of Heroes: Legend Of The Seven Swords 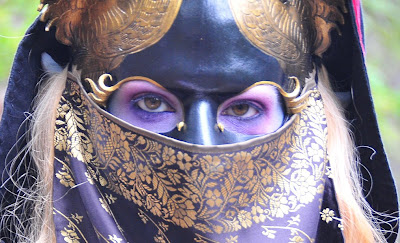 It has been a few months since we heard anything about Mark Steven Grove and Jon Firestone's cool looking fantasy film, "Gathering of Heroes: Legend of the Seven Swords". Apparently the film makers are very busy working on the project and aren't in any hurry to finish the film, reportedly wanting to get everything 'just right' before releasing it.

The duo has, however, just released a brand new set of movie stills, which Avery Guerra was able to provide for us.

Since it has been a while since we last talked about "Gathering of Heroes", here is the synopsis again, followed by the new photos:

In the mystical realm of Ryntia, the forces of the underworld are aligning to unleash a plague of evil upon the surface. The deadly bat-like Blood Reavers, the Saurian Maurauders, the Orcish Warmongers and the feline Shadow-cat mercenaries have pledged their respective clans to the service of Bre’Gwen, queen of the deep elves. Together they seek to destroy the human and Elven kingdoms and rule all of Ryntia in the name of evil.

But even with their combined strength, Bre’Gwen’s forces are no match for the powerful Grayraven kingdom led by the majestic king, Garrick Grayraven. To ensure their success, Bre’gwen forges an alliance with an unlikely human who holds the secret to acquiring a powerful artifact that will allow them to summon and control an army of undead warriors from centuries past.

Guided by fragmented visions, a mysterious Oracle gathers seven unlikely heroes to face the threat. A heroic knight, a deep elf sorceress, an eccentric bard, a silver elf druid, a righteous paladin, a barbarian huntress, and a brooding thief are the only ones capable of stopping this evil at its source...but first they must embark upon a quest to find the legendary seven swords of Draconus. 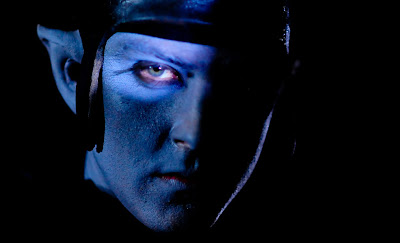 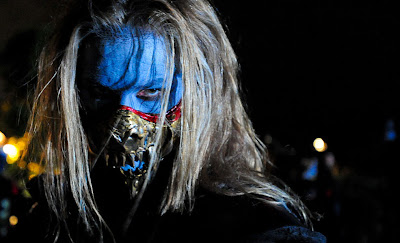 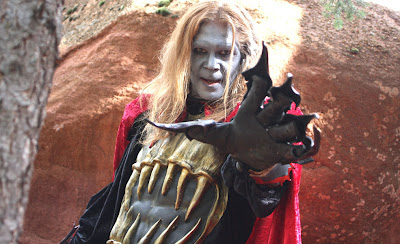 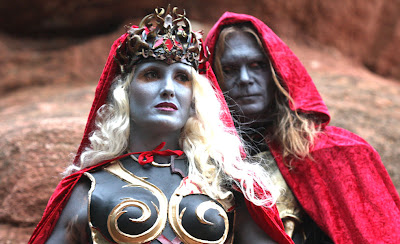 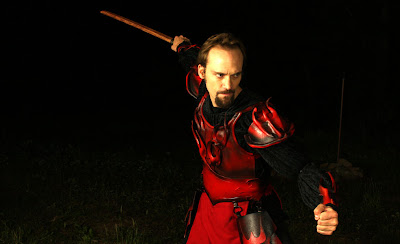 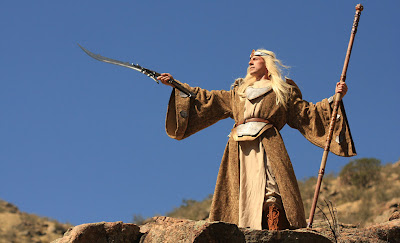 I don't know how good a film this one will be, but you sure have to admire the work that has gone into the visuals and costumes!
See Also: Grove And Firestone Want To Rival Rings With Gathering Of Heroes
By Ken Hulsey at May 28, 2009