Now even Hollywood legend, Lauren Bacall, has chimed in with some choice words about the 'Twilight' movie craze that has gripped Amrica's youth in it's fangs.

According to Bacall, the actress recently sat down with her grandchildren to watch 'Twilight' because she wanted to see what they were so excited about. Needless to say, she was very disappointed in what she saw, and decided to give her granddaughter an 'education' on what a 'real' vampire film should be.

To accomplish this Bacall made the youth watch the 1922 film "Nosferatu."

The famed actress wrote this on her Twitter.com page, "Yes, I saw Twilight - my granddaughter made me watch it, she said it was the greatest vampire film ever. After the 'film' was over I wanted to smack her across her head with my shoe, but I do not want a (tell-all) book called Grannie Dearest written on me when I die. So instead I gave her a DVD of Murnau's 1922 masterpiece Nosferatu and told her, 'Now that's a vampire film!' And that goes for all of you! Watch Nosferatu instead!"

Amen Lauren! You tell it as it is! Time we all got these young ones straightened out! 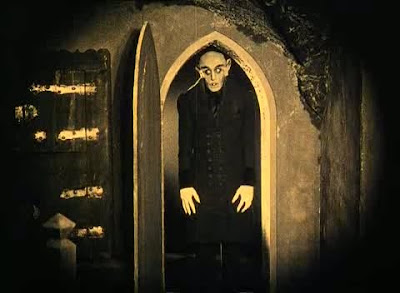