The Daily Yomiuri has its article on The Monster Movie Fan's Guide To Japan posted at its online site.

As mentioned earlier, it was scheduled to be published/posted on Christmas Eve. Since Japan is 17 hours ahead of Los Angeles, it is already Christmas Eve in Japan. So they're right on schedule!

The article starts out with:

Godzilla was the embodiment of war in his eponymous 1954 debut film, but he saved the Earth from ecological doom in Godzilla vs the Smog Monster in 1971. The giant reptilian monster has meant many things to many people.

But did you ever imagine him as a tourist? According to The Monster Movie Fan's Guide to Japan (51 pp, 15 dollars, available via www.comixpress.com), Godzilla has ranged as far north as Sapporo, where he destroyed the TV Tower in one of his many films, and as far south as the Sakurajima volcano in Kyushu, near which he came ashore in another.

One place he hasn't visited is New York. Or perhaps that point is arguable. Armand Vaquer, the guidebook's author, told The Daily Yomiuri in a recent interview that devoted fans refer to the 1998 U.S. film in which Godzilla took a bite of the Big Apple as GINO ("Godzilla In Name Only").

We didn't discuss Godzilla's New York visits except for GINO, as fans are aware the real Godzilla did pay a visit to the Big Apple in Destroy All Monsters. Besides, the Guide is on Godzilla's Japan locations, not New York. 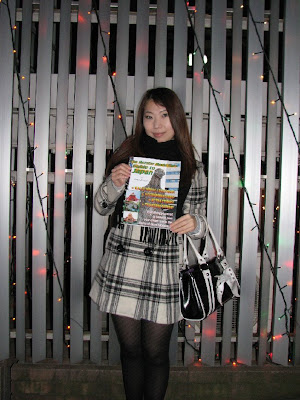 Above, Ai. Photo by Armand Vaquer.

One bit of information in which the article noted as "dated," the bus ride from newly-arrived planes to the Narita Airport terminal:

Some of the practical information in the book is a bit dated. For instance, it has been a few years since a plane-to-terminal bus ride was a routine part of arriving at Narita Airport.

Prior to this month's trip to Japan, my last trip there was in 2007 in which I did have to take the shuttle bus ride from the plane to the airport terminal. It didn't happen all the time in my previous trips, just when there wasn't a gate available. It is nice to know that Narita totally did away with the shuttle bus ride. A welcome change.