A New Supernatural Horror THE FADES Coming To The BBC 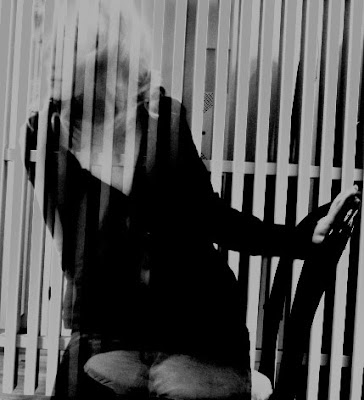 Filming has begun on The Fades, a new supernatural horror made by BBC Drama Production for BBC Three by 2011 RTS Award-winning writer, Jack Thorne (This Is England '86, Skins, The Scouting Book For Boys, Cast Offs).

Iain De Caestecker (River City, Coronation Street) is Paul, a young man who is haunted by apocalyptic dreams that neither his therapist or best friend, Mac, can provide answers for. Worse still, Paul is starting to see the Fades – the spirits of the dead – all around him.

They're everywhere but they can't be seen, smelt, heard or touched by living beings. But now an embittered and vengeful Fade has found a way to break the barrier between the dead and the living and Paul, Mac and their friends and family are all right in the eye of the storm.

But the most terrifying twist is yet to come – the fate of humanity rests in the hands of the two friends who already have enough trouble getting through a day in one piece, let alone saving the world.

Jack Thorne says: "The Fades was born from a trip into executive producer, Sue Hogg's office – she asked me what drama of the last ten years I wished I'd written – I said the American cable show Freaks & Geeks – I was wearing a Ghostbusters t-shirt, she said 'what about Freaks & Geeks meets Ghostbusters'. And I smiled and nodded enthusiastically. But the further we've gone along, and it's been five years since that meeting, the more seriously we've taken the fantasy and the mythology and so the comedy is subtler and a newer, fresher, hopefully more exciting show has emerged. I feel so lucky to be part of the team that's bringing it to the screen – everyone from our location manager to our FX supervisor are so committed and we have such an amazing cast – I'm quite literally in dreamland right now."

Key cast also include: Daniel Kaluuya (Skins, Psychoville, Sucker Punch) playing Mac. Tom Ellis (Miranda, Harley Street, Merlin) is Mark, a teacher under suspicion when his ex-wife Sarah is missing, feared dead. Johnny Harris (This is England '86, Spartacus) is Neil, a lone warrior against the forces of darkness, who becomes Paul's unlikely mentor. Daniela Nardini (This Life, A Street Car Named Desire) is Helen; like Paul she also has an extraordinary ability which will prove useful in the fight to save mankind. Lily Loveless (Skins) is Anna, Paul's twin sister, fierce and uncompromising, she finds being related to someone like Paul rather annoying; Claire Rushbrook (Ashes To Ashes) is Meg, Paul and Anna's mum; Theo Barklem-Biggs (Age Of Heroes, Miranda, EastEnders) is PC Phillip Firth; Jenn Murray (Day Of The Triffids) is Natalie and Sophie Wu (Kick-Ass, The Other Man) plays Jay.

Kate Harwood, BBC Controller Drama Series & Serials, adds: "The minute I read Jack Thorne's script I realised we were in exciting new territory. This is a vision of great imagination and I am thrilled that we have such a talented cast and that we have director Farren Blackburn and a brilliant team who can bring this vision to life... or half life!"

Currently in production for transmission later this year, The Fades (previously titled Touch) is a co-production with BBC America. The 6x60 minute series from BBC Drama Production was commissioned by Danny Cohen in his previous role as Controller, BBC Three and Ben Stephenson, Controller, BBC Drama Commissioning. The director is Farren Blackburn (Episodes 1-3) and Tom Shankland (Episodes 4-6); the producer is Caroline Skinner and executive producer is Susan Hogg.