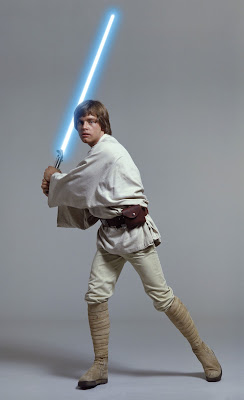 Right now, rumors about the new Star Wars movie are all over the place, and one of the biggest ones going around at the moment is that the original Star Wars crew, Mark Hamill, Harrison Ford and Carrie Fisher, will probably be returning.

Actually, for some time now there have been rumors that Hamill, Ford and Fisher would be headed back to the Star Wars universe, while another recent rumor claimed Ford’s deal to return was as good as sealed.

Now Hamill has broken the silence about all this to The Hollywood Reporter and Entertainment Tonight, and he said, "They’re talking to us. George [Lucas] wanted to know whether we’d be interested. He did say that if we didn’t want to do it, they wouldn’t cast another actor in our parts; they would write us out."

Hamill also added, "I can tell you right away that we haven’t signed any contracts. We’re in the stage where they want us to go in and meet with [screenwriter] Michael Arndt, and Kathleen Kennedy. Both have had meetings set that were postponed – on their end, not mine. They’re more busy than I am."

So already this is a very candid assessment of what’s going on, which is surprising considering that so much in Hollywood today is ultra top-secret. At the same time, Hamill doesn’t know what the next Star Wars is going to be about, but he also wants the rest of the old gang to come back, including Billy Dee Williams and Anthony Daniels.

At the same time, Hamill did lend a little bit of credence to the kids of Han, Luke and Leia rumor. "I’m assuming, because I haven’t talked to the writers, that these movies would be about our offspring…like my character would be sort of in the Obi-Wan range [as] an influential character."