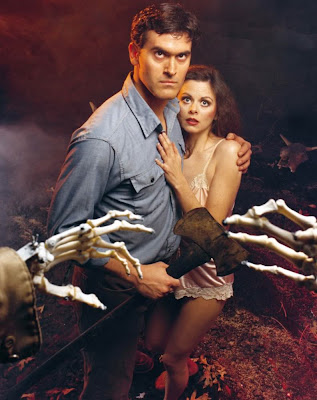 We've heard this before. But it's always nice to hear it.

Sam Raimi can't go anywhere without being asked about if and when there's ever going to be a fourth "Evil Dead" movie. Now, 20 years after the release of the third installment, "Army of Darkness" (and mere weeks away from the release of the "Evil Dead" remake), it looks like there's at least the desire to go forward with such an endeavor.

Raimi expressed his resurrected excitement for a fourth "Evil Dead" movie at the Meet the Filmmakers event at the London premiere of "Oz: The Great and Powerful."

"I would love to make 'Evil Dead 4,'" said Raimi, as reported by Bleeding Cool. "My brother [Ivan Raimi] and I plan to work on the script this summer."

Well, that's at least something, right? Now all we have to do is wait for the increasingly cranky Bruce Campbell to shoot it down.