Bigfoot Sightings Map: See 92 Years Of Sasquatch In The U.S. 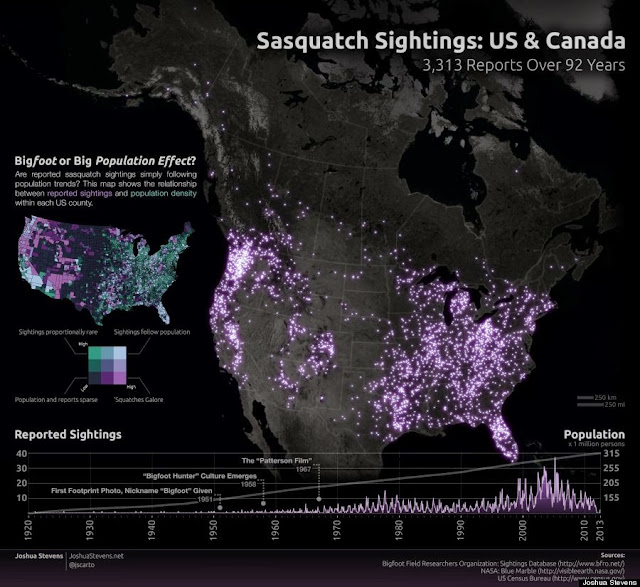 Bigfoot is legendary in the Pacific Northwest, but he has also taken a liking to Florida over the past century.

At least according to a project by Josh Stevens, who mapped out every Bigfoot sighting compiled by the Bigfoot Field Researchers Organization from 1921 to 2012. The Pennsylvania State University doctoral candidate admits that the rise in 'Squatch sightings since the 1970s could have had more to do with the release of Bigfoot B-movies at the time, but he says the distinct regions where sightings occur are interesting.