"Godzilla" Now At A Bus Shelter Near You

As we get closer to May 16, which is opening day for Legendary Pictures/Warner Bros. Godzilla, the advertising machine is either in high gear or getting very close to it.

Tonight, while on my way to work in Burbank, California (which is also home to Warner Bros. Studios), I spotted this bus bench shelter with a Godzilla poster and took a couple shots of it with my cell phone. 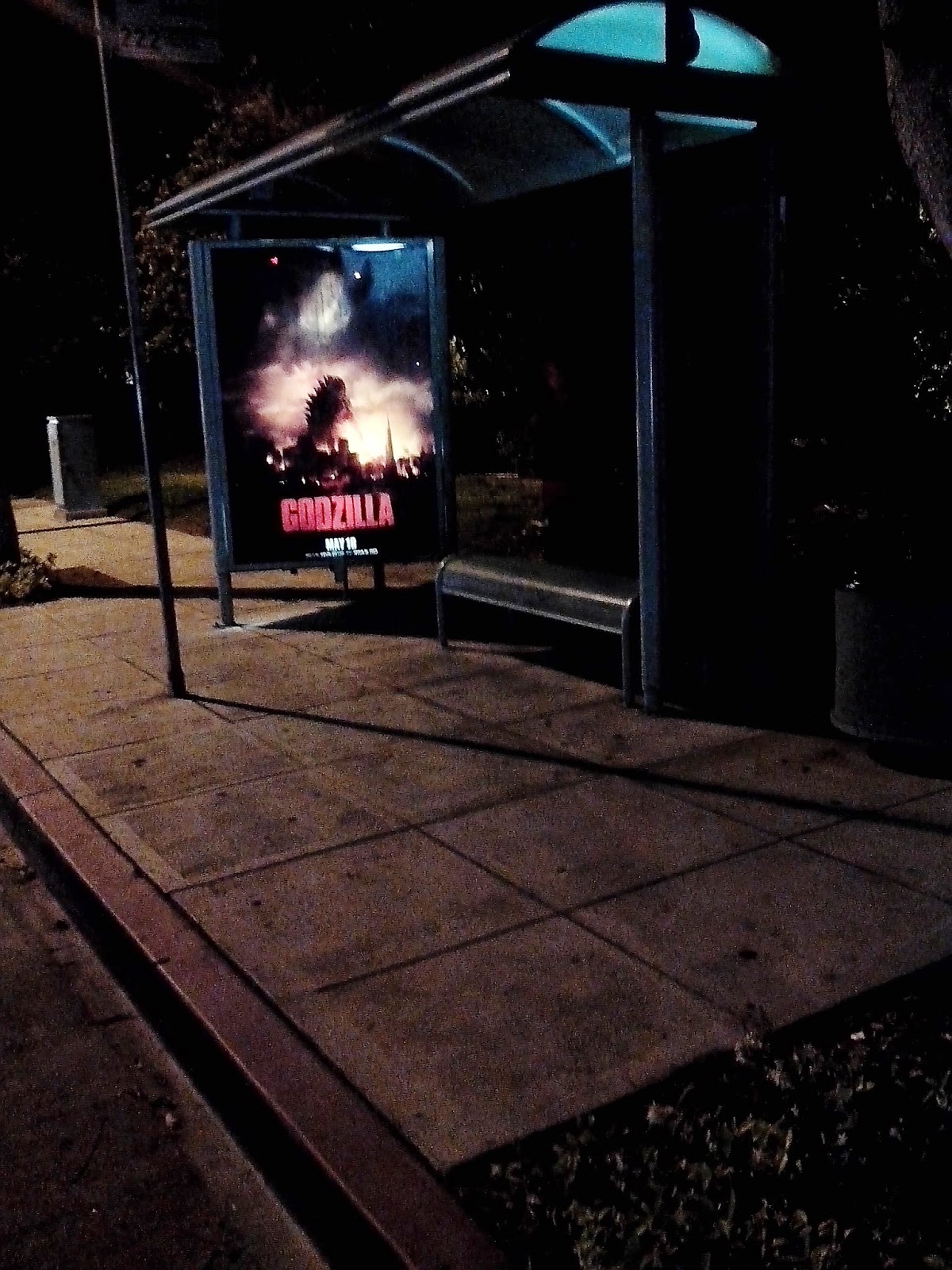 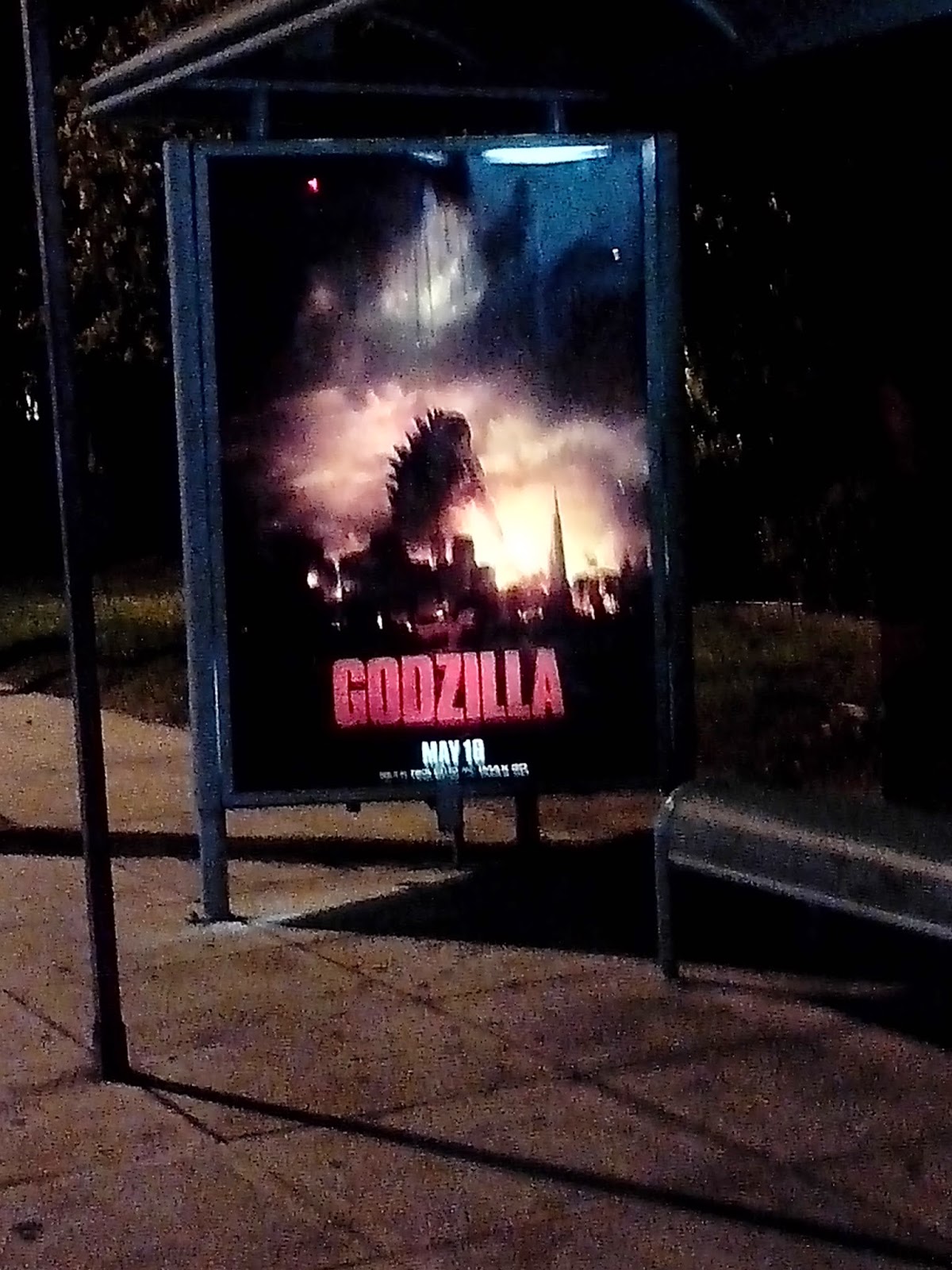 This brought to mind how disappointing the ad campaign, or lack thereof, of Godzilla 2000 back in the summer of 2000. There were no bus shelter or any other kinds of advertising that I saw at the time. Small wonder why the movie only earned $10 million at the box office.