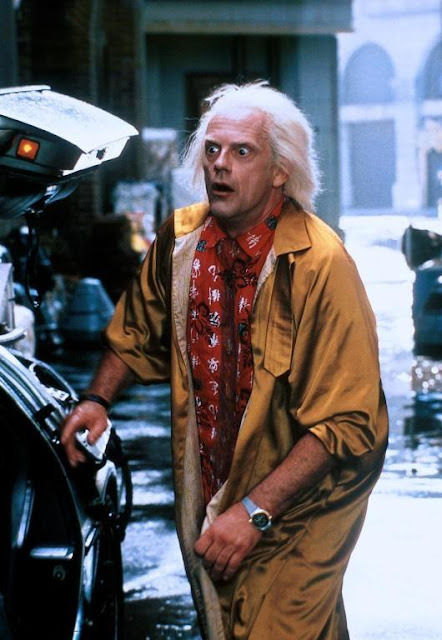 As all true Back to the Future fans know, Oct. 21, 2015, is a very important date for time travelers — it's the day the 1980s Marty McFly arrived in his future for the first time. It turns out it's also going to be the date that Christopher Lloyd's Doc Brown makes his long-awaited return from the Wild West

Universal has released a teaser for Doc Brown Saves the World, an exclusive short included in the 30th-anniversary re-issue of the Back to the Future trilogy, showing Lloyd reprising his role as the absent-minded inventor and getting out of the iconic DeLorean time machine one more time — although quite what he's up to beyond that remains unclear for now.

This is actually the second time Lloyd has played Doc Brown this year; in May, he returned to the character in a teaser for the multifranchise crossover video game Lego Dimensions. Quite where Mary Steenburgen's Clara Clayton is during all of this is a question no one has seen fit to answer just yet.