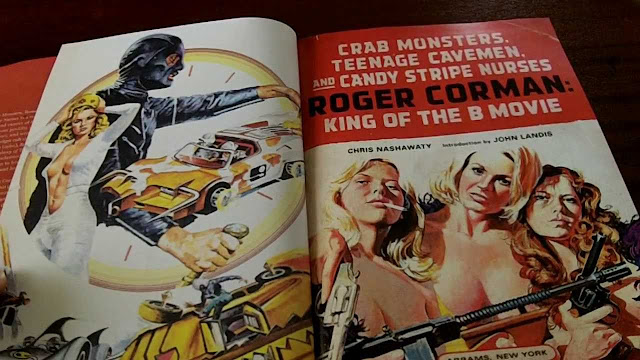 Terms of the deal were not available, but around 270 films and an action sci-fi TV series, including Rock‘N’Roll High School, Battle Beyond the Stars and Piranha, Galaxy of Terror, were purchased from Corman and Julie Corman, the veteran film director and producer's wife and long-time business partner.

"During the past decade our personal and professional relationships with Shout! Factory's Bob Emmer, Richard and Garson Foos, and Ace Film's Henry Luk and Adam Yuchen Ren have shown us that their independent, entrepreneurial spirit, respect for our work and creative methods of distribution and production make them especially well-suited to carry on with the New Horizons film library." Roger and Julie Corman said in a joint statement on Thursday.

The announcement was made by Shout! Factory’s founders Richard Foos, Bob Emmer and Garson Foos, and Henry Luk and Adam Yuchen Ren, CEO and COO of Ace Film HK Company. The acquisition deal hands Shout! Factory all rights to the New Horizons library in North America, Europe, Australia, and Russia.

ACE gets all rights for China, Asia, Africa, and South America. Corman properties in the deal included Bloodfist, Black Scorpion, Eat My Dust!, Humanoids from the Deep, Slumber Party Massacre and Forbidden World.

The New Horizons Picture library acquisition follows Shout! Factory’s home entertainment and digital distribution exploitation of Corman’s Cult Classics-branded films since 2010. "We’ve loved working with them over the last eight years and are thrilled to now be the custodians of these beloved films, making sure that film buffs and fans everywhere discover them like we did,” Shout! Factory’s founders added in their own joint statement.

The deal was negotiated by Emmer and Bruce David Eisen of Media Advisory Services for Shout! Factory, Henry Luk for ACE, and Alan Schwartz and Robert Sherman of Greenberg Traurig, LLP on behalf of Roger and Julie Corman.