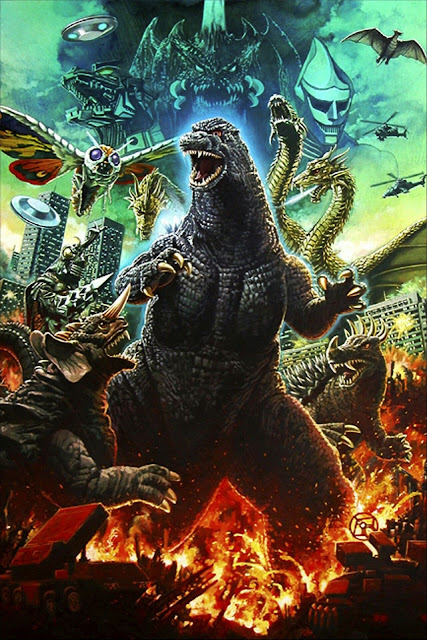 Toho be rebooting their famed monster films in 2021 including new Godzilla, Mothra and Rodan movies connected in very much the same way as the Marvel superhero universe.

Thankfully this won't include a sequel to the horrible "Shin-Godzilla"!

While talking to the Japanese outlet Nikkei Style, Keiji Ota, the “Chief Godzilla Officer” at Toho talked about the future of the franchise saying:

"After 2021, we’re thinking of a potential strategy that [releases] Godzilla movies uninterrupted at a rate of every 2 years, although there is a preference for a yearly pace as well."
He then went on to compare their plans to the MCU, because they actually managed to pull off the whole shared universe concept effectively.

"The future of the series and its forwarding developments are very conscious of the method of 'shared universe'. Godzilla, Mothra, King Ghidorah, etc. could all share a single world view much like a Marvel movie where Iron Man and the Hulk can crossover with each other. It is said that each movie can be a possible film production where any one of them could lead a film of their own as the titular character."
I really do love this idea. The old Godzilla movies seemed to share the same universe as they were always building "team up" and "versus" movies, so why not rebuild that in a new and very cool way!? However, I do wish that Shin Godzilla would get a sequel! Ota makes it very clear, though, that it’s not going to happen:

“Shin Godzilla was a huge hit, but instead of thinking of doing the obvious idea of making a Shin Godzilla 2, instead think about a world that can be used for a long time. I’d rather make a World of Godzilla.”

Hopefully, they Bring on a talented team of people to build this Godzilla Cinematic Universe. There’s a lot of cool stuff to play with in this world with and some awesome characters so I hope that Toho ends up giving us something epic.