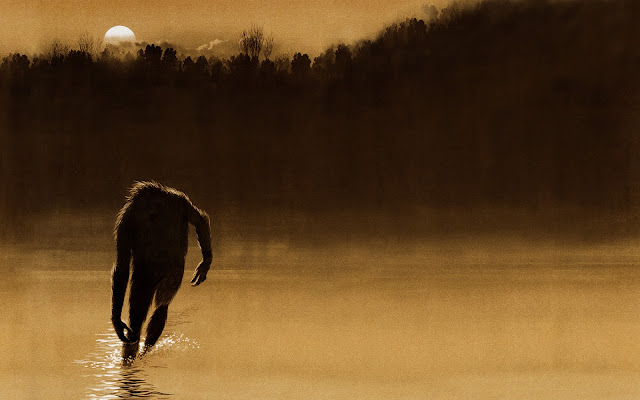 Hide your dog! Hide your pigs! The Fouke Monster is returning to theaters!

1972 Bigfoot horror movie The Legend of Boggy Creek is getting a 4K restoration, thanks to the efforts of director Charles B. Pierce’s daughter, Pamula Pierce Barcelou, who now holds the rights to the movie. The restoration, overseen by the George Eastman Museum, will return the movie to its original Techniscope glory after years of bad prints and cheapo DVDs.

Barcelou posted a preview video (thanks Bloody Disgusting!) that shows just how great the restoration looks. If you’ve seen Boggy Creek before, it’s probably obvious just how massive an improvement this is over past releases of the movie.

What’s not to love about that voiceover and the twangy, folk soundtrack? Even without the monster, Boggy Creek is a treat. The preview gives a good sense of the strange alchemy at play in the movie, with its combo of nature footage, personal accounts and recreated encounters worthy of Roger Patterson and Bob Gimlin, the two men who filmed the most famous supposedly “real” Bigfoot footage.

Boggy Creek interviews witnesses of the so-called “Fouke Monster,” a ten-foot ape creature that attacked livestock and stunk terribly. The mixture of fact and fiction, almost seamlessly combining scripted and genuine interviews with reenactments, gives The Legend of Boggy Creek an astounding verisimilitude. It’s obviously low-budget, but boy, does it feel real.

Sure, it has sequels (including one featured in a classic episode of Mystery Science Theater 3000), but The Legend of Boggy Creek is truly one-of-a-kind, pioneering the horror mockumentary a full eight years before Cannibal Holocaust. Pierce would refine his mockumentary style in 1976’s The Town that Dreaded Sundown.

The Legend of Boggy Creek isn’t exactly terrifying (it is, somehow, Rated G), though it lingers with you because it feels plausible. The accounts of the Fouke Monster haunting the swamp sound like real encounters, probably because some of them are! There are so few good Bigfoot movies, but The Legend of Boggy Creek would be a notable horror movie regardless, thanks to its eerie mix of exploitation shocks and documentary realism.

The Legend of Boggy Creek restoration will premiere June 14, 2019 at the Perot Theater in Texarkana, Texas, with a Blu-ray release to follow.

Reed my review of The Legend of Boggy Creek