Metropolis Will Be Coming To Blu-ray Disc In 2009 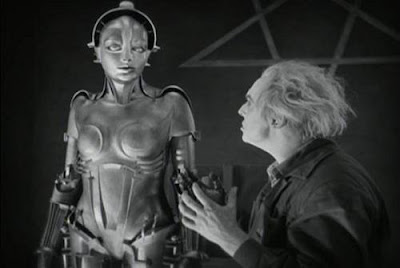 Fritz Lang's classic 1927 sci-fi masterpiece Metropolis, has been painstakingly restored frame by frame and is due to be released on high-definition Blu-ray disc in 2009, according to Kino International. The film was restored to mark the 75th anniversary in 2002 of the silent movie's original release and included a new soundtrack based on the original score created for the movie.

Up until now fans have been only able to watch a very poor quality print of the film that has been released both on VHS and DVD. Over the decades the original masters have deteriorated badly. It is estimated that about 25% of the original film has been lost forever. From time-to-time reels of previously undiscovered footage have surfaced, either from studio vaults or private collections, even so, it is believed that the film will never be complete again.
By Ken Hulsey at June 25, 2008