The Nightmare Before Christmas: Rare Behind The Scenes Photos 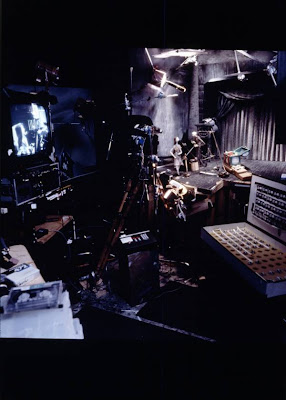 The special edition DVD set for "The Nightmare Before Christmas" will hit store shelves tomarrow, but Robo Japan readers won't have to wait til then to see some rare behind-the-scenes photos that Disney has released from their archives exclusively for the release.

These are images that have never been released to the public before, and depict the hard work that went into creating the stop-motion animated film.

The first photo shows all the equipment that was needed to film each shot. The second shows director, Tim Burton, alongside one of the detailed miniature sets and figures. The third shows the production team at work during filming. The Fourth shows the many different heads used to illustrate Jack Skelington's many unique expressions.

These photos demonstrate all the hard work the production team put into creating "The Nightmare Before Christmas", which has become one of the most beloved films of all time.

I just want to point out the fact that Ray Harryhausen used to do all the same kind of work by himself. Amazing! 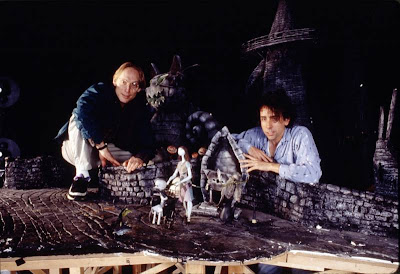 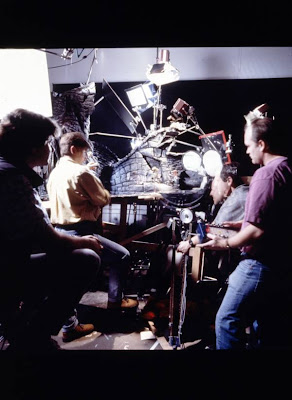 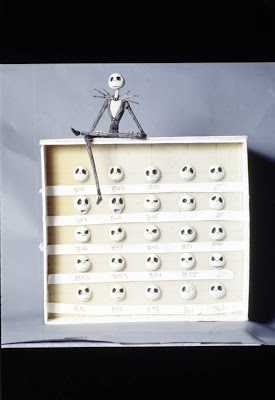 See Also: The Nightmare Before Christmas: Never Before Seen Concept Drawings
By Ken Hulsey at August 25, 2008