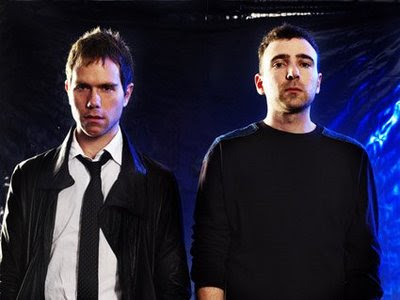 The Presets are a Sydney-based electronic duo, consisting of Julian Hamilton and Kim Moyes. In September 2005 they released their debut album, Beams, to positive critical response. That same year Julian Hamilton and Kim Moyes also toured with The Dissociatives, which is co-fronted by Daniel Johns of Silverchair and Australian dance producer Paul Mac. Johns also played guitar on Presets single "Cookie". Hamilton and Moyes are also members of Sydney instrumental group Prop. Hamilton has also recently collaborated with Perth based band End of Fashion on their second album "Book of Lies"

The Presets released their first EP "Blow Up" in 2003. It was fairly popular and started out The Presets' career. As a follow up to that EP they released another EP, named "Girl and the Sea" in 2004. Around that time the Presets got small gigs around nightclubs etc.

Due to great critic response, The Presets released their Debut Album, "Beams" on the 20th of May 2005 and was a huge success. To further promote the duo, they decided to release a single named "Are You The One?", which was a great success in the dance scene. After that, The Presets toured around the UK and the US for 3 years, promoting their band. While in the UK, Kim and Jules released "Down Down Down" and "I Go Hard, I Go Home" in 2006 but they were only available in the United Kingdom. The tour was another success.

Towards the end of the Tour, The Presets released another UK only Single, named "Truth & Lies". It featured two songs, which were averagely popular, but majorly successful. Towards the end of 2007, The Presets released "My People" which was huge in Australia and then eventually in the UK and US. Due to the good response to it, they released their second album, Apocalypso which was on the iTunes number 1 spot for weeks and months in Australia and was huge. It is still currently on the top 10 list and is number 1 on the Electronic genre of music albums. In May 2008, The Presets released an EP, Single and a All Remixed Edition for "This Boy's In Love" which the song of the same name was still becoming used and played on the radio before its release on a Single/EP. As of May, The Presets are still on their UK and US tour and have released their third single from "Apocalypso", Single/Ep "Talk Like That".