Introducing "Adventures of Superman" To Newbies 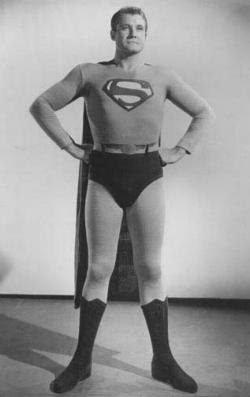 Introducing "Adventures of Superman" To Newbies

I was perusing an Adventures of Superman message board in which a member was introducing his wife to the show. He sought out recommendations from other fans on which episodes to show her in order to get her hooked. All of the recommendations are good ones and I am echoing them and making my own recommendations.

To start off, Adventures of Superman was the show for baby-boomers. George Reeves to the boomer generation was the Superman for them. While many liked Christopher Reeve's portayal of Superman (many disliked his Clark Kent, though), it really was George Reeves who captured their hearts.

Now, getting back to what episodes to introduce the show to someone who never saw the show, such as a young child or even an adult living in a vacuum. Most of my recommendations are from the 1951 and 1953 black & white shows with the final two from the color years.

1. "Superman On Earth" (1951) chronicles the story of how Jor-El and Lara rocketed their infant son Kal-El to Earth just before the planet Krypton was destroyed and how Clark Kent got hired at the Daily Planet.

2. "The Birthday Letter" (1951) is about a crippled little girl who writes a letter to Superman asking him to take her to the county fair. Unfortunately, she falls prey to some counterfeiters.

3. "Five Minutes To Doom" (1953) is about a man who is framed for a murder and is about to be executed unless the crack Daily Planet staff finds the evidence to save him and nail the real killer. 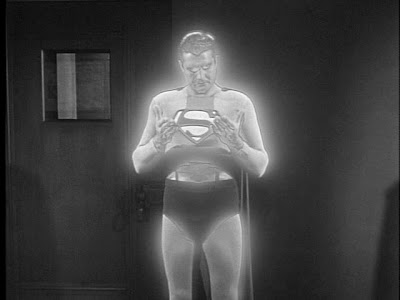 Above, "Superman In Exile."

4. "Superman In Exile" (1953). After getting a runaway atomic reactor under control, Superman finds himself radioactive. He has to find a way to rid himself of the radioactivity in time to save Lois from some jewel thieves. 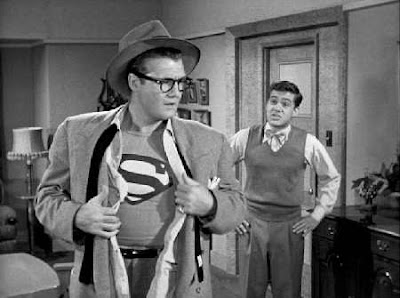 5. "Panic In The Sky" (1953) has the Earth threatened by an asteroid (possibly a huge chunk of Krypton) that Superman must stop. Superman loses his memory after his first encounter. Will he regain it in time to stop the asteroid?

6. "The Dog Who Knew Superman" (1953) has Superman befriending a mobster's dog and trying to prevent his secret identity from being exposed.

7. "The Machine Who Could Plot Crimes" (1953) has Sterling Holloway as an inventor of a mechanical brain who has the talent to plot successful crimes. Some location work in downtown Los Angeles is featured.

9. "Around The World With Superman" (1953) has Superman trying to convince a blind girl that there is a Superman and restore her eyesight to take her on a world tour.

10. "The Seven Souvenirs" (1954) has Superman trying to figure out what is behind a plot involving souvenir knives sold by a quirky old man.

11. "The Wedding of Superman" (1955) has Superman proposing marriage to Lois Lane, but some criminals have other plans for the couple at the wedding. Noel Neill's favorite episode.

All Adventures of Superman episodes are now available in four DVD box sets, including the original theatrical version of Superman and the Mole Men (1951) and the special U.S. Treasury promotional episode Stamp Day For Superman (1953).
By Armand Vaquer - April 17, 2009