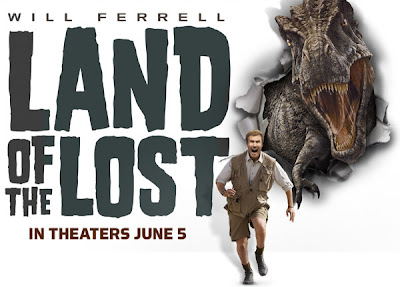 Chakker is an online game inspired by the original "Lost". In the game you have to navigate Chaka, the lovable Paku, through the Land of the Lost, avoiding both Sleestak and murderous dinosaurs, to save the Marshall family.

In Crystal Adventure, only available on iPhone, you have to move the Will Ferrell version of Rick Marshall through 25 levels of "Lost" inspired adventures.

Look for more "Land of the Lost" goodies as the movies release date nears!