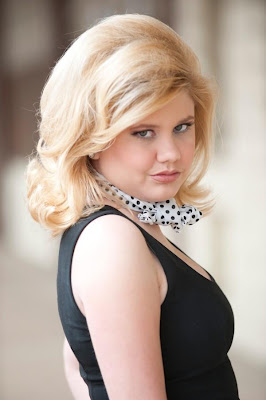 There are lots of up and coming "Scream Queens" out there and here at Monster Island News we try to provide exposure for actresses who may not be known to 'main-stream' audiences.

Such is the case with Louisiana native Sarah Virginia Brock, an up and comer with classic features and a resume of film roles that have been steadily increasing since 2006.

Sarah Virginia Brock began acting at the age of 16 when she auditioned for the old school Nickelodeon TV show, ALL THAT. She got a call back and after that, she starting going on more auditions. At the age of 19, she finally got something, a role as an extra in the indie film, LOUNGE ACT. Hey, it's a start!

Later that year, Sarah got the lead female role in the indie film PRETTY VACANTS. During filming, Sarah was involved in a scene where they used real knives and she was stabbed in the leg and had to get three stitches. No worries, they paid for the medical bills and she went back to work on the film the next week!

Sarah has been doing movies ever since then. In fact, just last year, Sarah branched out and started doing modeling. She's now featured on several different websites and a calendar!

On January 31st, Sarah married the love of her life, Sean DeArmond. They hope to have a daughter in a few years.

Sarah is not only acting in films and modeling, but she's also doing horror reviews with Sean on horrornews.net!

Sarah was just featured in the documentary WELCOME TO MY DARKSIDE! WOMEN IN HORROR DOCUMENTARY and in the book QUEENS OF SCREAM: THE NEW BLOOD. She's been gaining status as a scream queen and hopes to keep doing films, modeling, and horror reviews as well as branching out into other areas in the entertainment industry as well as serving her Lord and Savior through her acting!

It's not often that you find a Christian horror actress. I, myself, being a Christian, think that it is refreshing to see someone of strong faith in the industry.

I expect that we will be seeing a lot more Sarah here at MIN in the future!

Here are some more photos of Sarah for you all to drool over: 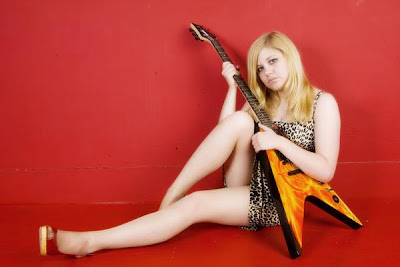 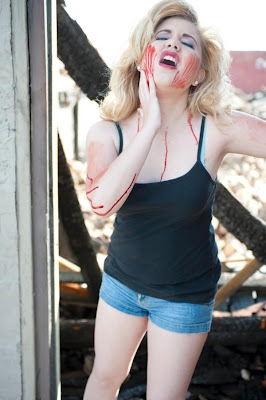 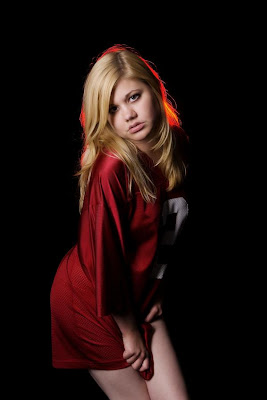 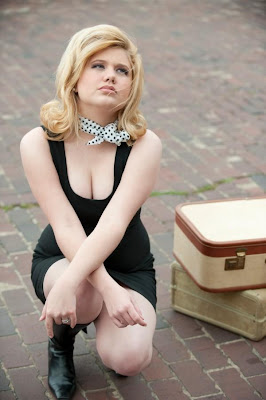 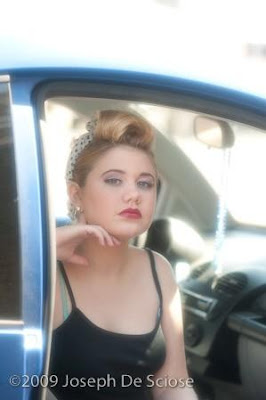 See Also: David Byron Takes A Look At Modern Femme Fatales In Queens Of Scream: The New Blood
By Ken Hulsey at June 26, 2009