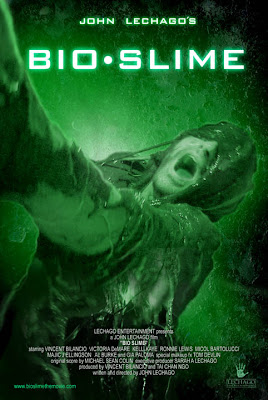 Here is a snippet:

The story opens on a starry sky underneath which a drug deal of sorts is taking place. In a remote abandoned industrial area, under the cover of night, a drug dealer and his sexy companion Donna, wait for a stranger. When he arrives, the stranger offers a large bag of drugs in exchange for a mysterious briefcase. As the deal is completed the drug dealer double crosses the stranger and shoots him.

But before he can get back in the car where his girlfriend waits, the dealer is suddenly killed in a grisly manner. Donna panics and drives the car away with the briefcase still in the trunk.

The next morning we are introduced to Troy, an artist and a drunk, waking up in his painting studio. Troy's studio is also his home, one room located in the center of an old building in downtown Los Angeles.....

.....Donna arrives to the building, carrying the mysterious briefcase in hand. She runs to the meth cook, Jack, distraught to report the death of her boyfriend. Jack asks her about the briefcase, but then becomes more concerned with the state of her car, still covered in his friend's remains. He leaves her alone in his room as he goes out to clean up the car. Donna cannot resist temptation and opens the case, releasing a strange mass of slime. It consumes her.

.......Trapped in a room with only one door and no windows. Their cell phones do not work and no one outside of the building can hear their calls for help. The group of seven people is under siege as the shape shifting creature tries to seep inside. They are picked off one by one until it is obvious that they cannot out wait this predator. A plan is hatched to retrieve the case that the creature came in to see if it holds any clue to control it or destroy it.

John Lechago was cool enough to supply us with some poster art and promo images from "Bio Slime": 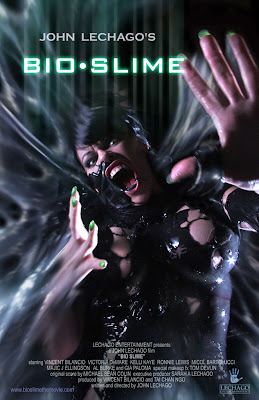 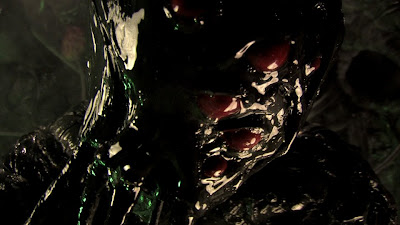 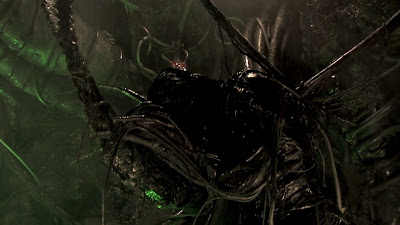 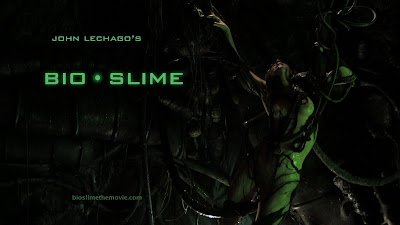