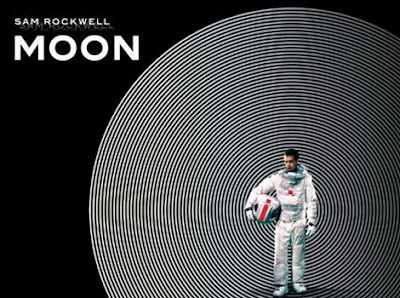 Duncan Jones new sci fi film, "Moon", won the Michael Powell Award for a new British feature at the 63rd Annual Edinburgh International Film Festival. The film, which stars Sam Rockwell, was the fastest screening at the festival to sell out, due mostly to Internet buzz. Fans and critics alike, gave the film high marks, adding to the speculation the film will become a cult hit when it is released later this year.

I got on the "Moon" bandwagon a couple of months back after I stumbled upon the trailer. To me the film looks like a throw-back to the sci fi films of the late 1960s and early 1970s, like "2001", and most notably "Silent Running." In fact I would go out on a limb and call "Moon" a modern "Silent Running" with a twist. In the trailer Rockwell looks like mirror image of "Running" star Bruce Dern, in fact just about all the elements of seen in the film look heavily 'inspired' by the 1972 film.

Here is the film's synopsis:

Sam Bell (Sam Rockwell) is nearing the end of his contract with Lunar. He’s been a faithful employee for 3 long years. His home has been Sarang, a moon base where he has spent his days alone, mining Helium 3. The precious gas holds the key to reversing the Earth’s energy crisis.

Isolated, determined and steadfast, Sam has followed the rulebook obediently and his time on the moon has been enlightening, but uneventful. The solitude has given him time to reflect on the mistakes of his past and work on his raging temper. He does his job mechanically, and spends most of his available time dreaming of his imminent return to Earth, to his wife, young daughter and an early retirement.

But 2 weeks shy of his departure from Sarang, Sam starts seeing things, hearing things and feeling strange. And when a routine extraction goes horribly wrong, he discovers that Lunar have their own plans for replacing him and the new recruit is eerily familiar.

Before he can return to Earth, Sam has to confront himself and the discovery that the life he has created, may not be his own. It’s more than his contract that is set to expire.

Like I said before, I'm really excited to see this one!