Sigourney Weaver Has No Interest In Alien Prequel 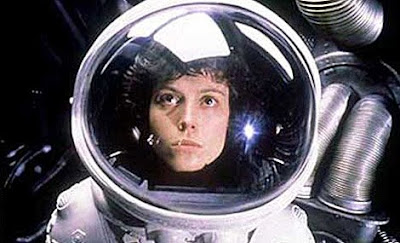 Sigourney Weaver has turned her nose up at reprising two of her most famous roles. Yesterday it was reported that the actress had backed out of her contract to once again play Dana Barrett in "Ghostbusters 3" and today she has opted not to play Ellen Ripley in Ridley Scott's upcoming "Alien" prequel.

You really have to admire Weaver for not taking the easy money to reprise earlier roles in films that she thinks are sub-par.

In the case of the upcoming "Alien" prequel she really had a very strong reason for turning down another chance to play Ripley again, the part just didn't make sense in the chronology of the story.

Weaver recently told reporters, "I don't think that Ripley could appear in an Alien prequel because she doesn't have any access to the creature until the first Alien. But Ridley (Scott) is producing it and that makes me happy."

Frankly, I agree with her (again), if Ripley were to appear in a story that was supposed to happen before the original "Alien" then it would severely 'water down' the events in the first two films.

Last August I reported that Weaver was very excited about being in a new "Alien" movie, however, she did have conditions at that time for playing Ripley yet again, "I don't care whether the budget is big or small, or if it's a lead role or not. If the story's good, I'm there."

True to her word, she felt that the story wasn't right, and she turned down the part.

Good for you Sigourney Weaver! You go girl!