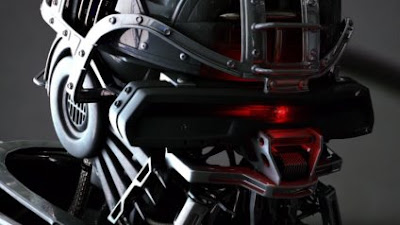 Syfy has announced the airdate for its highly-anticipated upcoming series Caprica. On Friday, January 22, 2010 @ 9 PM, the show will kick off with a 2-hour premiere and will air regularly on subsequent Fridays @ 10 PM.

Humanity's storyline takes completely new twists with Caprica, which follows two rival families and their patriarchs, Daniel Graystone (Eric Stoltz) and Joseph Adama (Esai Morales), as they compete and thrive in the vibrant realm of the 12 Colonies, a society recognizably close to our own. This original, standalone series will feature the passion, intrigue, political backbiting, and family conflict in an omnipotent society that is at the height of its blind power and glory…and, unknowingly, on the brink of its fall.