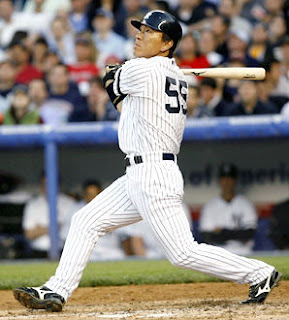 Godzilla is stomping into L.A.!

The Los Angeles Angels of Anaheim have come to terms with outfielder/designated hitter Hideki Matsui on a one-year contract.

Although financial terms were not released, the New York Times reported earlier in the week that the deal was believed to be worth $6.5 million. 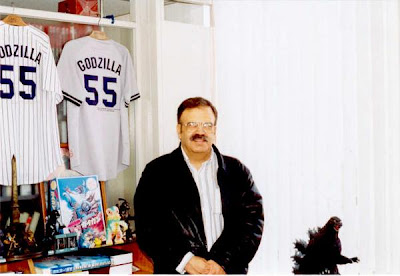 Above, here I am in Toho International's conference room with Matsui's Yankee baseball jerseys in the background. Toho will now be able to add his Angels jerseys to their collection.

It is starting to look like Los Angeles is the most Godzilla-laden city outside of Tokyo, Japan.
By Armand Vaquer at December 21, 2009