The Tragically Funny Story Of 'The Lizard Boy' 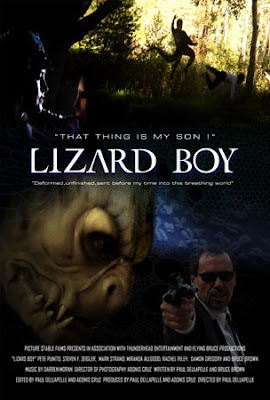 I know that the title for this article looks like it was taken straight off of the Weekly World News or some other grocery store rag, but I assure you that it pertains to a movie.

No, really, a horror movie.

Well, it looks like another independent film director, in this case, Paul Della, has chosen to explore what kind of mayhem can happen when man tries to play God.

And what generally happens when someone tries to play God?

To be persice, a government funded scientist creates a half-man-half-lizard who goes on the warpath in a small town.

A small mountain town is terrorized by a half-man, half-reptile creature when renowned geneticist, Dr. Gino Conti, contracted by the Defense Sciences Office to develop a top-secret hybrid animal, pursues personal experiments in an effort to reconcile his tragic past. An entertaining sci-fi thriller with plenty of action, drama, humor and bits of gore, Lizard Boy raises questions about modern genetics while harkening back to the monster movies of old.

Della describes his film as a “sci-fi tragicomedy”, which seems to fit the bill considering our "Lizard Boy" is a poor outcast....with wicked ninja skills.

A lizard-ninja? Are we sure that this thing didn't come from the Weekly World News? .....yeh, we checked.

Speaking of tabloids, it is interesting to note that Lizard Men have been seen all over this country, mostly in South Carolina. I don't think that any of those reports mentioned the creatures kicking asses like ninjas. Then again, who would report that? People would think that you are crazy or something........lol......ahem. 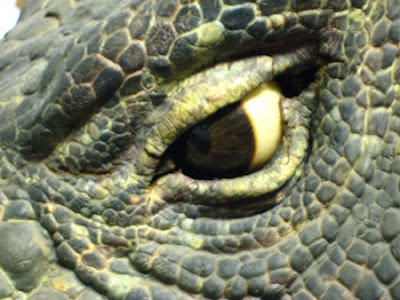 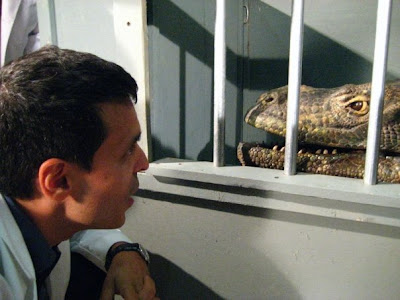 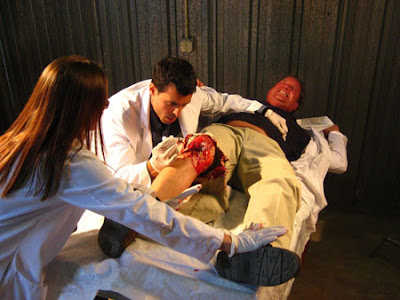 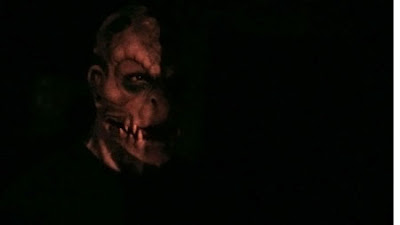 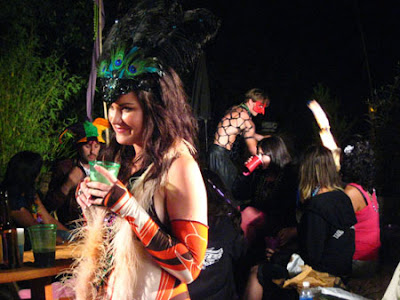 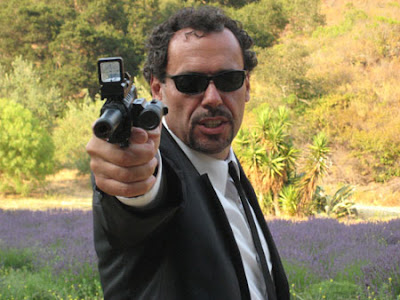