India Is Preparing To Do The ROBOT 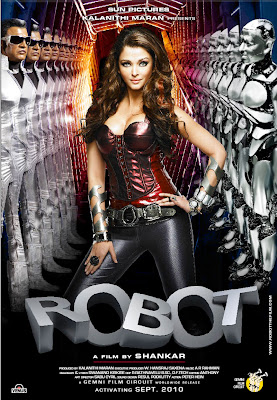 It looks like Bollywood has caught a bit of the sci fi/horror bug as of late with an amazing, and sometimes gonzo, collection of new films. As most of you already know, Jennifer Lynch's "Hisss", which stars the very sexy Mallika Sherawat as a serpent-woman (that's half-snake-half-hottie) bent on revenge, is just one of a few of these new fantasy films to be produced in India that has sparked some international interest. The film features some good CGI effects, a gruesome story line, and of course, the exotic Sherawat, so why not? Some of the other films, made actually in Bangladesh, namely, "Banglar King Kong" (yes, its a King Kong clone with lots of singing and dancing) and "HALKa" (...a Hulk rip-off with .... um ......lots of singing and dancing) are on the other end of the spectrum with bad effects and nonsensical plots.

One film that has flown under the radar here in the western world is a pretty impressive looking, effects heavy, effort called "Endhiran" (translated as "Robot") which reportedly is the most expensive film ever produced in India to date.

Along with all the impressive CGI work, is of course, a lot of singing and dancing, which is to be expected in a Bollywood film. From the film's trailer, "Endhiran" kinda looks like an Indian version of "The Matrix" and "I Robot" combined with the dance numbers from "Captain Eo".

Hey, at least that's what the gold robots remind me of.

The film stars a couple of the biggest names in the Indian entertainment biz, Rajnikanth and Miss World Aishwarya Rai, who like Sherawat is very, very, easy on the eyes.

To date, "Endhiran" has boasted some very impressive pre-release ticket sales, second only to Sam Raimi’s "Spiderman", on 2,000 screens throughout Asia, a pretty good sign that the film will be a huge success.

Scientist Dr Vasigaran (Rajni) creates a robot named Chitthi (also Rajni) who has great intelligence and super-strength, can memorise the phonebook at a glance, sing, dance, fight, run on walls — and, after modification, experience human emotions. This he does, falling in love with Sana (Aishwarya Rai). The bad guys, who are aware of the power of this robot, acquire it for their own nefarious purposes. Fearful of the consequences, Vasigaran sets out to rescue the robot.

Check out the trailer for "Robot" along with the promo posters and stills: 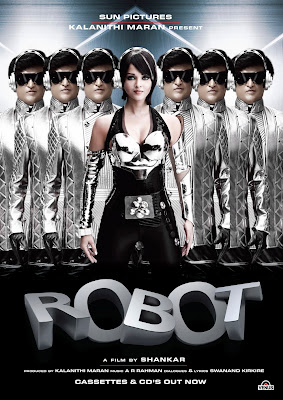 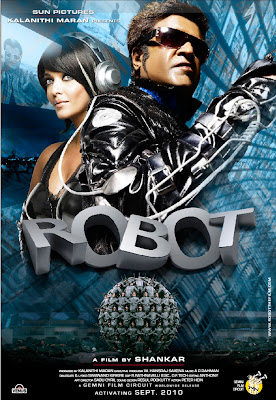 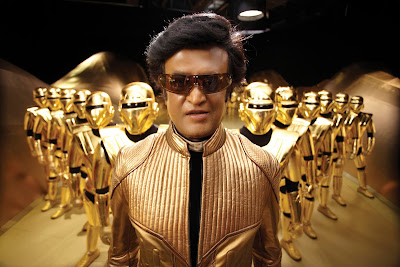 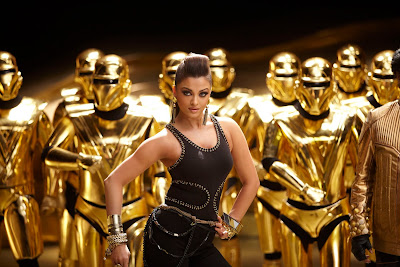