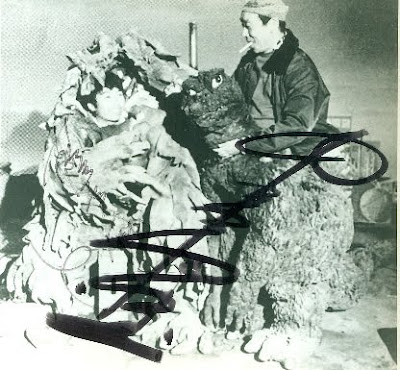 Left, Haruo Nakajima (right) taking a break during the filming of "Godzilla vs. Hedorah" with Kenpachiro Satsuma

The original Godzilla, Haruo Nakajima will appear at next year's Monsterpalooza in Burbank, California.

Monsterpalooza will be held at the Burbank Marriott Hotel and Convention Center April 8-10. I've attended the first two Monsterpaloozas and they were very enjoyable.


Monsterpalooza has many celebrities from the world of science-fiction and horror in attendance and exhibits featuring everyone's favorite monsters. 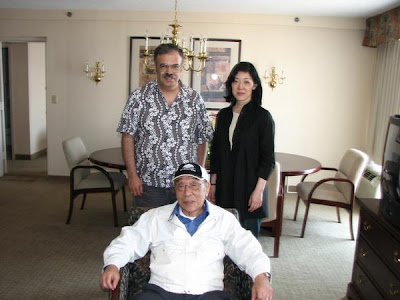 Above, Armand with Haruo and Sonoe Nakajima in 2008.

Nakajima's daughter Sonoe told me a few nights ago that they will be attending Monsterpalooza next year.

For more information on Monsterpalooza, go here.
By Armand Vaquer at November 22, 2010